First his Doin’ it in the Park documentary went global, now it appears that his Full Court 21 tournament, which debuted this past summer in NYC, will also be doing the same. Kool Bob Love has announced that on November 8th, Full Court 21 will be hitting Johannesburg, South Africa. And it looks like the host cities list will only be expanding exponentially in 2015, with a World Final expected in NYC later in the year.

This innovative tournament concept has adopted the traditional ’21’ playground game, where all players are on their own and must reach 21 points in order to win, but instead it’s played by running full-court instead of the common half court setting.

For anyone interested in participating or attending, check out the flyer below for more information. And if you’re wondering just how intense but lively the atmosphere is, check out the video above to see how it all went down in New York. 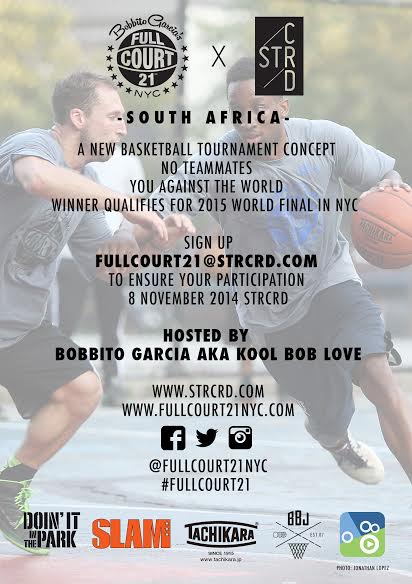