David Lee Out for the Season With Hip Injury 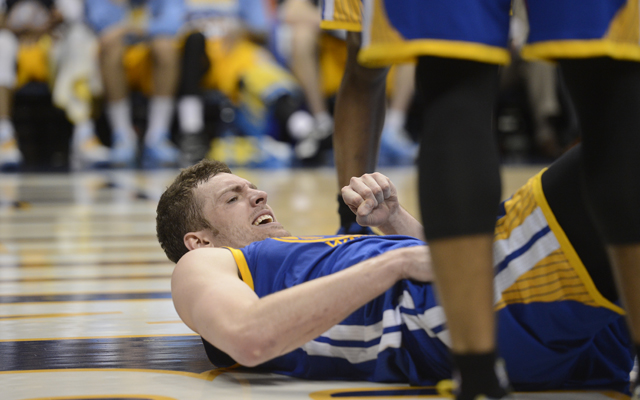 The Golden State Warriors announced today that forward David Lee will miss the rest of the Playoffs—Lee completely tore his right hip flexor last night in Game 1 against the Denver Nuggets. In a cruel twist of fate, this was David Lee’s first postseason game of his career: “Lee, 29, registered 10 points and 14 rebounds in 29 minutes during last night’s Game 1 loss against the Denver Nuggets before leaving the contest with 11:33 remaining in the fourth quarter due to the injury. In 79 games during the regular season, Lee averaged 18.5 points (15th in NBA), 11.2 rebounds (T-4th), 3.5 assists and 36.8 minutes per contest, earning a spot on the Western Conference All-Star Team. The 6’9” forward led the league with 56 point/rebound double-doubles, becoming the first Warriors player to lead the NBA in the category since Wilt Chamberlain in 1963-64.”