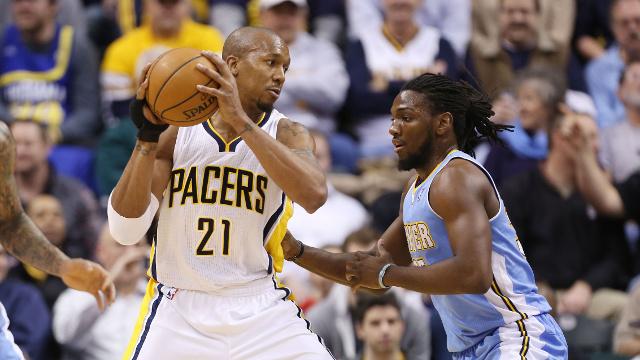 It’s been a couple of hours since Brian Shaw was fired from his job with the Nuggets, and reaction is trickling in from his former players. Shaw was a highly touted assistant coach with the Pacers during their recent run to back-to-back Eastern Conference finals, and is universally beloved in Indiana. According to Vigilant Sports, Pacer players and coaches were pissed when they found out he had been let go.

“That’s bulls—, man,” David West told me, clearly irked by the news. “That’s bulls—. [Denver’s front office] never gave him a team. No grown-ups on the roster. You can’t win without grown-ups.”

Prior to landing his first head-coaching gig ahead of the 2013-14 season, Shaw served as the Pacers’ associated head coach for two seasons under Frank Vogel. Shaw developed a particularly close relationship with Paul George, George Hill, and Lance Stephenson.