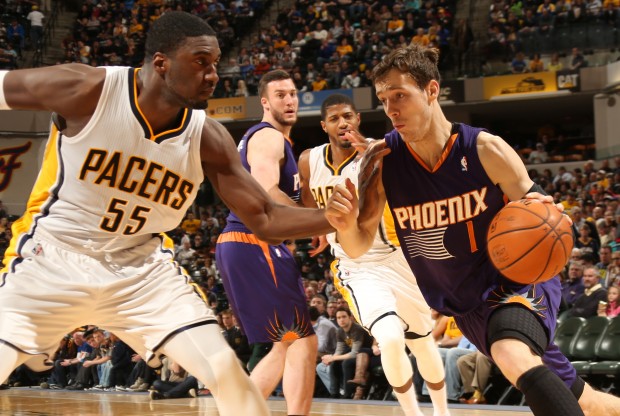 It’s no secret that the Indiana Pacers have been shopping embattled big man Roy Hibbert. According to Suns guard Goran Dragic, Phoenix turned down an offer from Indy (which had been rumored earlier this summer) that included Hibbert and Chris Copeland. Per the Slovenian paper EKIPA24 (via Reddit):

Among other things, the Phoenix for Dragic offered Roy Hibbert and Chris Copeland. “And some money,” says Dragic.

“According to my information, Phoenix says they will not accept offer.“