Klay Thompson Diagnosed With a Concussion 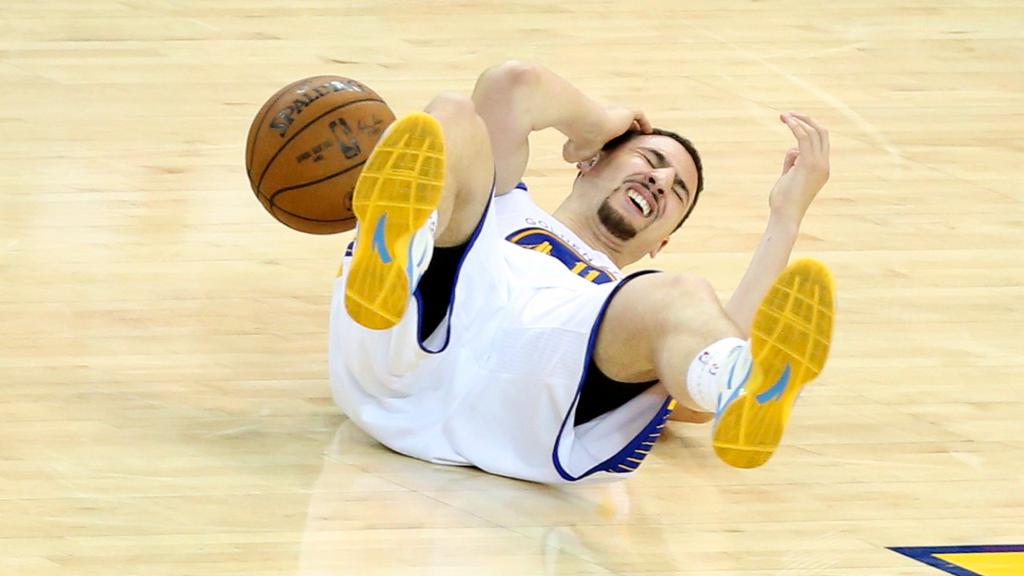 It was obvious that Klay Thompson had suffered a concussion after inadvertently absorbing a flying knee to the head from Trevor Ariza in Game 5 of the Western Conference Finals.

Dude was throwing up in the locker room after his team clinched an NBA Finals berth, and couldn’t drive himself home. Thompson’s agent and the Golden State Warriors claimed there had been no concussion (only a “contusion”).

Friday afternoon, the franchise confirmed the concussion, and announced that the All-Star guard wouldn’t play again until he’s symptom-free.

Thompson, who left the game for good after the fourth-quarter injury in Game 5 of the Western Conference finals against the Houston Rockets, underwent further testing on Thursday that led the team to deeming his injury a contusion. There is one last hurdle to clear, however, as Thompson is scheduled to see a neurologist on Friday morning before the final diagnosis is made. […] “My understanding is that it was negative,” his agent, Bill Duffy of BDA Sports said regarding the tests. “There were no issues.”

Asked if Thompson had a concussion, Duffy said, “No.”

What’s more, Duffy wanted to make clear there were no issues from his vantage point regarding the way the Warriors handled the situation. Thompson’s father, former Lakers player and current Lakers commentator Mychal Thompson, had driven him home after the game because he was not feeling well. […] “I have absolutely no problems with how this was handled,” Duffy said. “I think Klay was communicated with. There was no pressure whatsoever. It’s absolute that this was handled the right way, with communication between the team and us, so I see no issue whatsoever, or no need for scrutiny. … To me, it’s a non-issue as to how it was handled.”