Nick Young: ‘The Ball Family and Swaggy P…Kinda Too Much’ 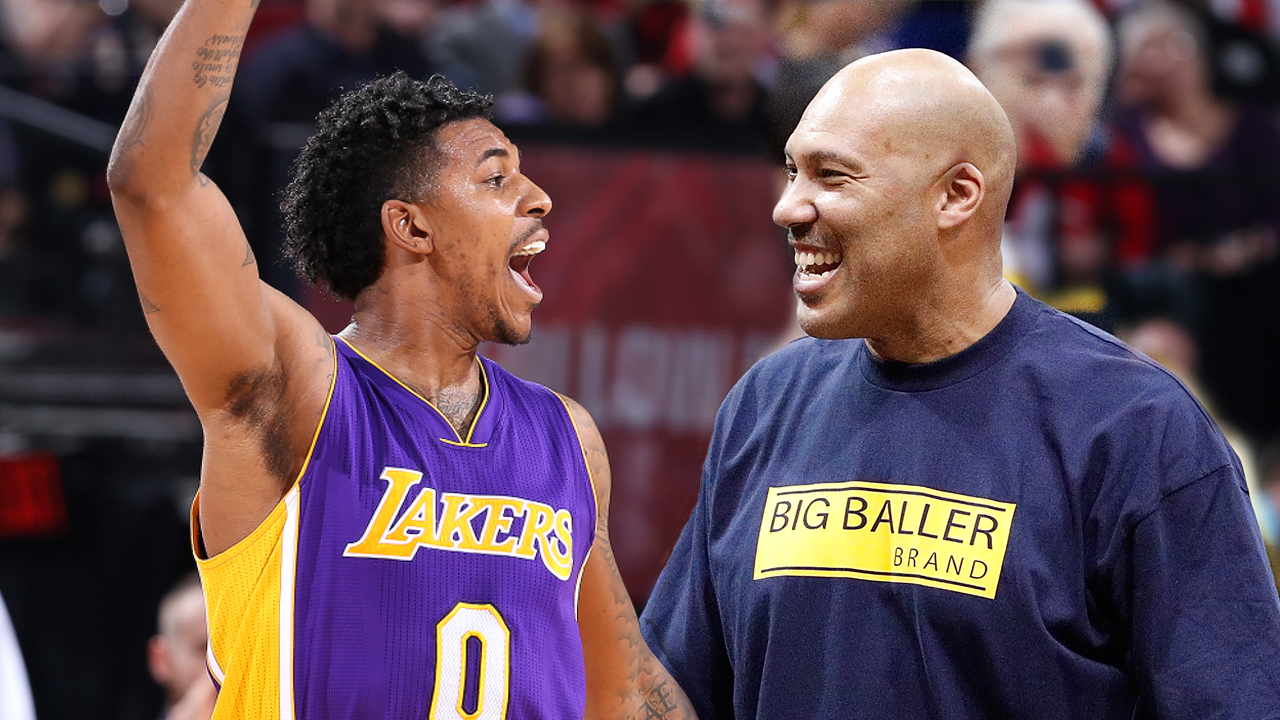 During his exit interview on Thursday, Lakers guard Nick Young spoke openly about his player option and future with the Lakers.

Los Angeles, of course, if hoping for a top-three pick in the 2017 Draft, and Swaggy brought up the possibility of the Lakers adding UCLA point guard Lonzo Ball—and the Ball family.

Nick Young on if Lakers keep pick: “They might have the Ball family come in here talking crazy! Ball family & a Swaggy P…kinda too much!"

“If we get the top-three pick, we might have the Ball family come in here and start talking crazy.” Young said.

“It’s kind of hard when you got a Ball family and a Swaggy P talking crazy. Kind of too much.”

It’s not Ball himself to whom Young’s referring when he says “talking crazy.” Ball’s father, LaVar, has made as many headlines as anyone this year.

There’s clearly mutual interest between the Balls and the Lakers, and if Lonzo does end up wearing purple and gold, even Swaggy’s personality may seem relatively mild.

RELATED:
Lonzo Ball Would Rather Be a Laker Than No. 1 Pick