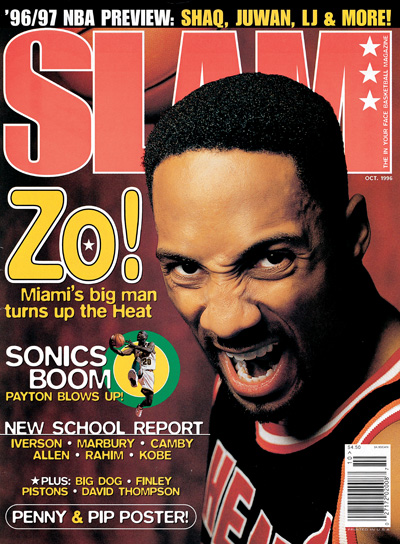 The 6th Man: I was at the Chicago Pro-Am Summer League recently, sitting in the stands of this smoldering hot gym, when the subject of hoops supremacy came up. It wasn’t an accident; P.A.I.D.’s Paul “the Mayor” Wilkinson started it by pulling former Farragut HS star Ronnie Fields over and sayin’, “This boy here”-meaning me-“thinks New York City has it all over us.” Ronnie, who’s regained his high-flying form after last year’s career-threatening spine injury, gave me one of those “you’re trippin'” looks, and we left it at that. The truth is, we coulda gone on forever.

That whole debate, like the East Coast-West Coast hip-hop fight, has been going on too long, and it’s about time it reached its natural conclusion: an agreement to disagree so that the shorties coming up know that it ain’t about “me” or “you”, it’s about “us”.

Our game is too important to get bogged down with details like whether Detroit’s Curtis Jones was better than Chicago’s Billy Harris. Or whether New York in the early ’70s really had better comp than Los Angeles ever. (Well…) Think back: There was a time when hoops wasn’t about a $100 million contract or turning pro after your high school prom. When it was the most crucial thing in your life. Your kicks. Your Iceman t-shirt. The double socks. In a smoldering hot gym. For love.