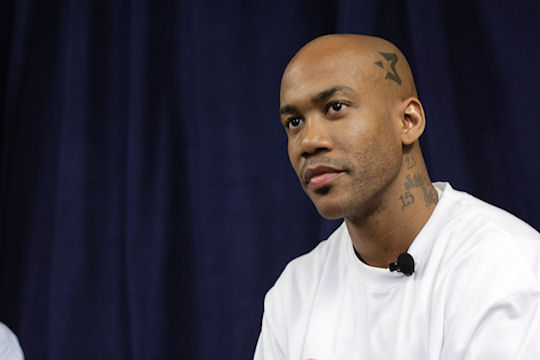 Following a rise to national fame in China, Stephon Marbury announced via a Webio post that he will play his final season of professional basketball for the Beijing Fly Dragons. The Fly Dragons are the heated rival of his former team, the Beijing Ducks , who recently terminated Marbury’s contract.

I am thrilled to finish my career in Beijing. This is my home, my destiny. It was a long two months deciding where to go, there were other opportunities but it’s hard to accept leaving Beijing to play for another city. Through my two decades of my basketball career I’ve joined different teams. I’ve represented different cities, even in China. I had my stories in Shanxi and in Foshan; both teams treated me well enough and prepared me for what’s happened next. Finally after my landing in Beijing , it became home, a place I don’t want to leave forever. The way this city treated me and the love bond between the people and I make me fall in love with the life here forever. As I said many times before, I want to live here forever. Today my wish came true.

After six seasons with the Ducks, including three CBA Championships, the 40-year-old Marbury joins Shavlik Randolph and Zaid Abbass on the Fly Dragons, who finished 9-29 last season. This will be the 21st season of Marbury’s professional playing career.