The high school games, AAU tournaments and all-star games are a wrap for the Class of 2017. As the top talent readies for the next level, meet the Class of 2017 SLAM High School All-Americans. We spent an afternoon with the top five HS seniors in Brooklyn last month for our annual All-American shoot. While there we spoke with them about moving on to the next level with very lofty expectations, handling the pressure, their journey to the top of the national rankings and the impact they ultimately foresee the Class of 2017 having on the game moving forward. Peep the video above to see what the top 5 prospects in the Class of 2017 had to say. And for a complete breakdown of each player, see their bios below. 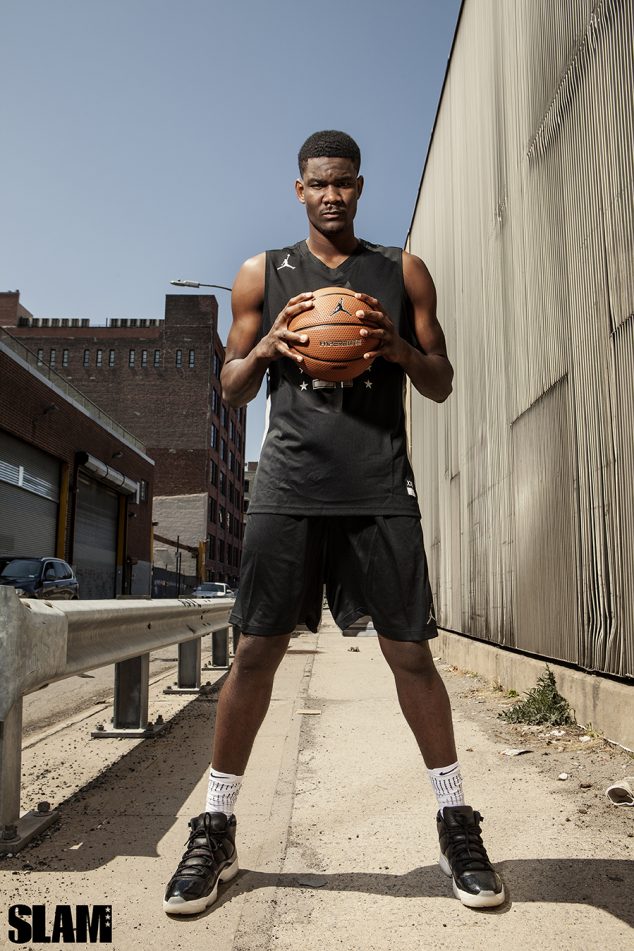 DeAndre Ayton
7-0, PF, Phoenix (AZ) Hillcrest, Arizona
Ayton led Hillcrest Prep to a 33-6 record and the Grind Session’s national title after averaging 26 points, 15 rebounds and 3.5 blocks per game this past season. The Nassau, Bahamas native will soon be the latest prospect from the Caribbean to show out at the collegiate level while he aims to take head coach Sean Miller to his first Final Four appearance with the Arizona Wildcats. 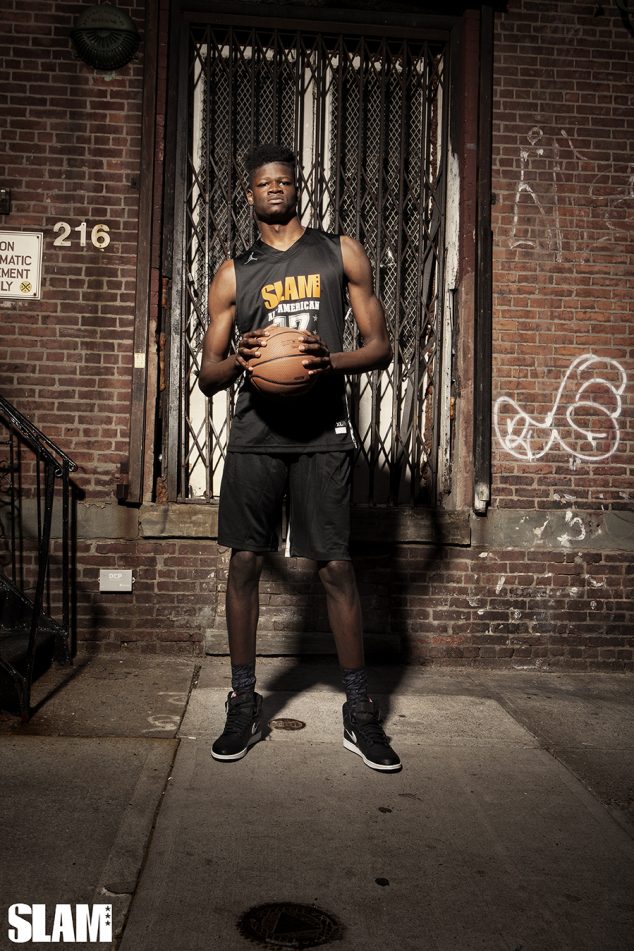 Mohamed Bamba
6-11, PF, West Chester (PA) Westtown, Texas
Averaging 12 points, 12 rebounds and 6 blocks per game, Bamba helped lead his team to a 32-2 record this past season. The Harlem native has an already-scary 7-9 wingspan, which would already be the biggest in the NBA today. With those measurables, Bamba might have the biggest upside of all the top recruits in his class. 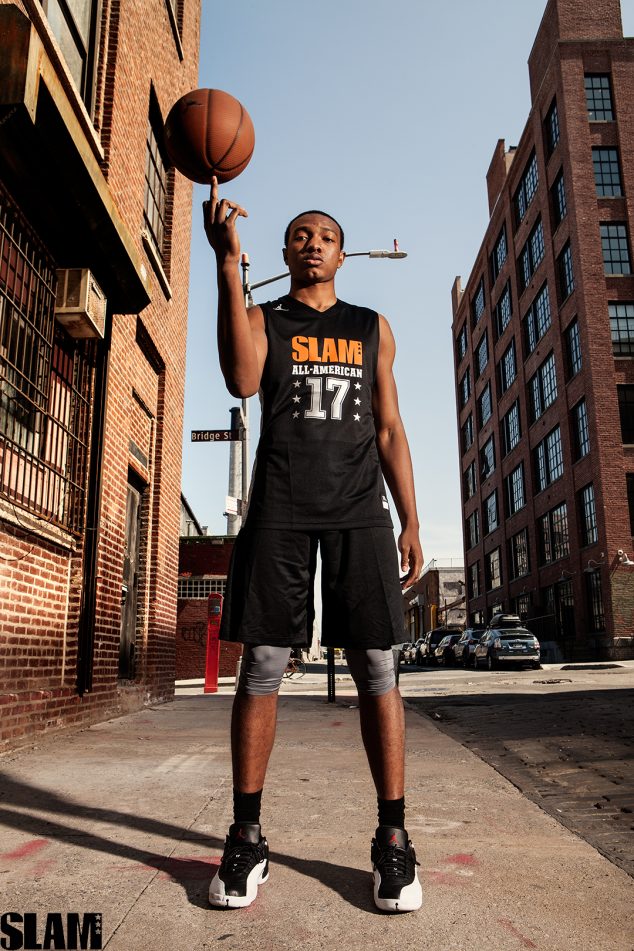 Wendell Carter Jr
6-9, PF, Atlanta (GA) Pace, Duke
This future Duke Blue Devil is a threat in the paint and from distance. He led his high school team to a 26-8 record and the Class AAA state title while averaging 22.7 points, 15.5 rebounds and 5.8 blocks per game this season. Carter will follow in the footsteps of Jabari Parker, Jahlil Okafor and Jayson Tatum as the latest five-star forward to suit up for Coach K. 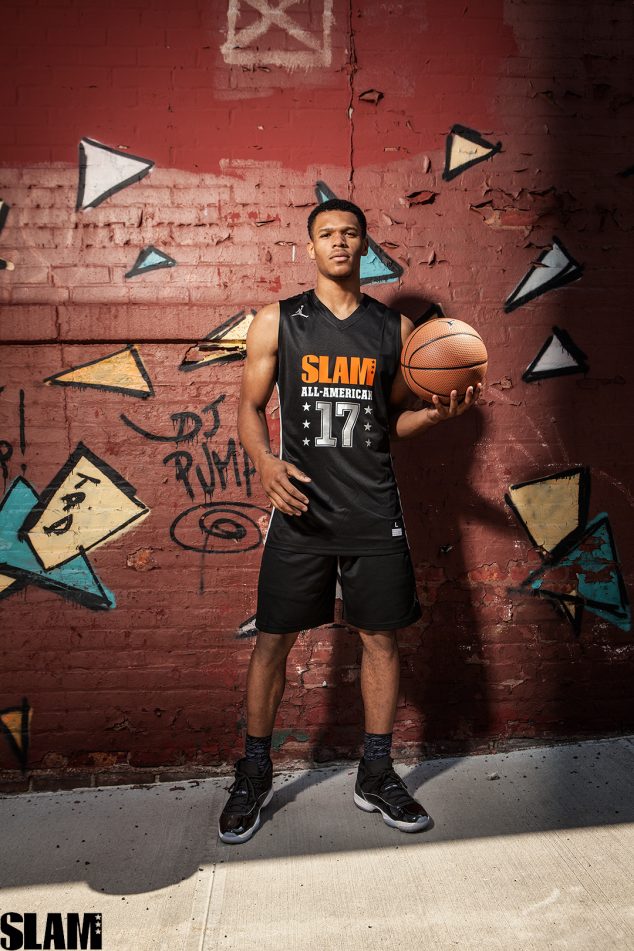 Trevon Duval
6-3, PG, Bradenton (FL) IMG, Duke
Regarded as the No. 1 point guard in the country, Duval’s athleticism and explosiveness made him one of the toughest matchups in all of high school ball. He averaged 16.2 points and 7.7 assists for the IMG Academy Ascenders, who finished this season with a 26-2 record. Although he was born in Queens, Duval’s lived in Wilmington, DE since middle school, so he’s constantly looking to put his often slept-on home state on the map. 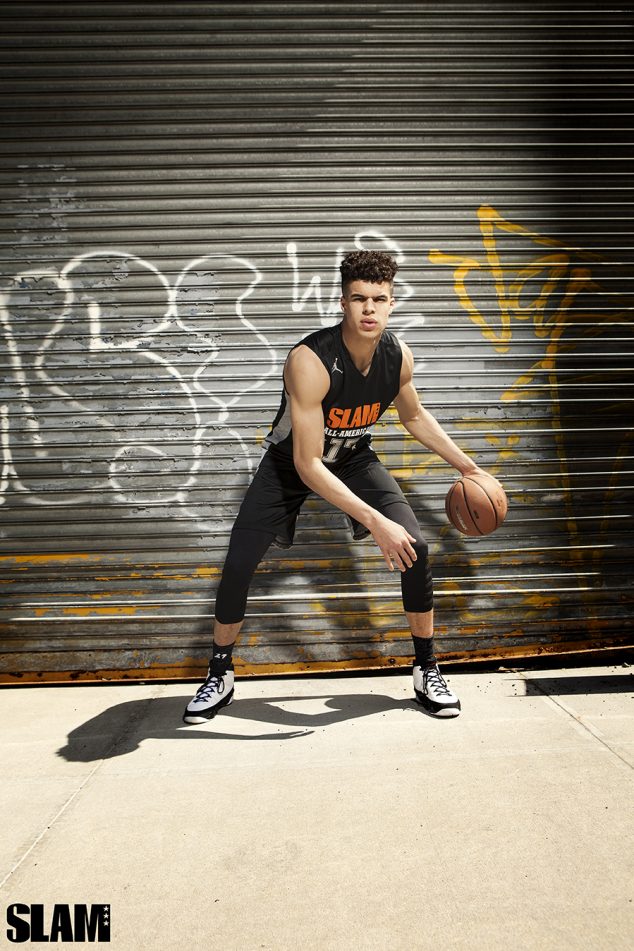 Michael Porter Jr
6-10, SF, Seattle (WA) Nathan Hale, Missouri
MPJ led Seattle’s Nathan Hale—coached by former NBA All-Star Brandon Roy—on a historic run this past season, claiming the state title and going undefeated with a 29-0 overall record, ultimately finishing ranked as the No. 1 team in the nation. Porter Jr averaged 36.4 points and 13.5 rebounds for the Raiders. The former Washington commit will now be the main attraction in the SEC when he suits up for the Missouri Tigers this fall.