The 6-11 forward announced his decision live on ESPN. 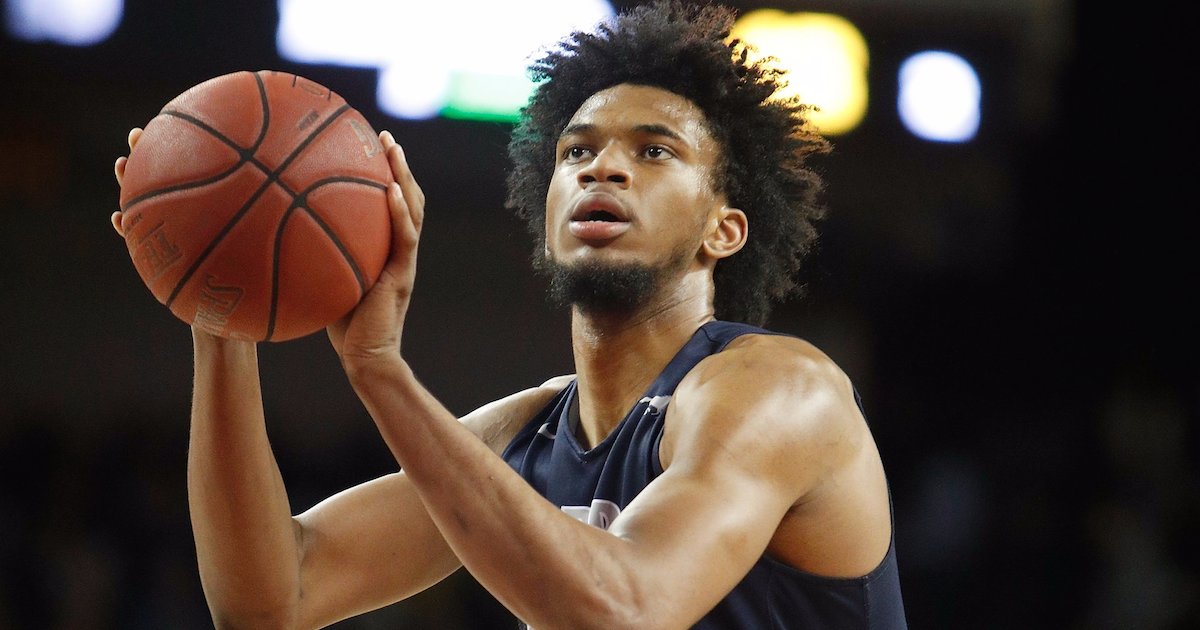 The No. 1 HS prospect in America, Marvin Bagley III, announced his college decision on Monday night while on a live telecast of ESPN’s SportsCenter. The three-school race between Duke, UCLA and USC came to an end when the 6-11 forward announced his commitment Duke.  But his school of choice wasn’t the only announcement that college fans were awaiting for on Monday night. Last month, word got out that Bagley was considering reclassifying from the Class of 2018 to the Class of 2017, looking to enroll in college this fall and making him eligible for the 2018 NBA Draft. On ESPN he officially confirmed that he was indeed enrolling in college this fall.

Originally from Phoenix, Arizona, Bagley averaged 24.9 points and 10.1 rebounds per game last season at Sierra Canyon in Chatsworth, California. He hooped on numerous occasions at the famed LA-based pro-am tourney Drew League this past summer, posting 30 points against the likes of DeMar DeRozan and Baron Davis.