How To Make It As Americans Vol. 8 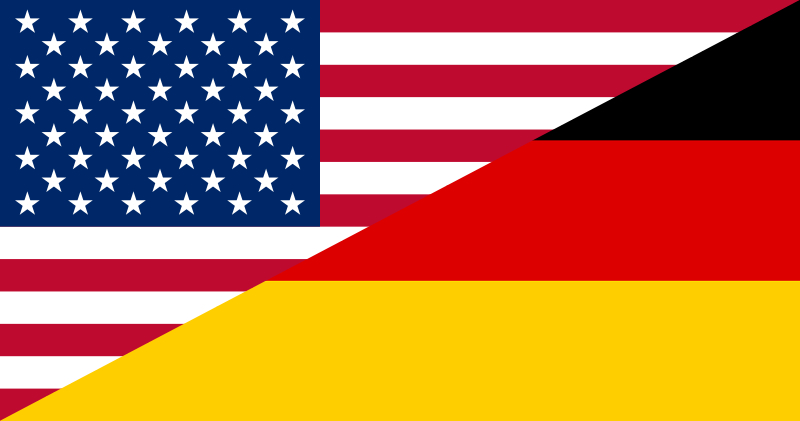 When Farooq Mohammed drained a straightaway three to give the US its first lead (51-48) almost halfway through the fourth quarter, the drop in energy from a crowd that rabidly chanted “Deutschland” and made this our first official road game was palpable. Finally, maybe the tide was turning.

The undercurrent couldn’t have been any more against the US up to that point. The Germans were rested and hadn’t yet lost, emerging out of a ridiculously easy group and a quarterfinals pool that was a comparative cakewalk; they had just come off of a victory against their own U-17 team, and that team made the semis too.

As for the officiating, it was the same old story, only this time there was more of a focus on frequent flyer miles. If the refs granted the Americans up to yard and three steps, the Germans were given over a meter to go with four steps. We get it, everyone hates the Americans, and a tournament held on a US Army base gives referees a chance to exact political revenge. Even so, whistle chokers shouldn’t end up as the antagonists in a narrative with biased undertones that don’t belong in basketball. To wit, they call it a shit-eating grin because it looks like you’re eating shit.

Add on top of that the fact the US needed a late first-half spark from reserves Josh Henderson and Andrew White to get within two after playing one of their worst halves of basketball, and…maybe things were turning around.

Up 3, the US got a stop, but Damien Leonard missed a pull-up wing three on the break. The Germans came back and the US dug in on the defensive end, before giant Philipp Neumann sank a late shot-clock prayer from deep to tie the game. Another transition three put the Germans up for good. From potentially up six, to down three. In any game it’s a hell of a momentum swing; in a defensive slugfest that had played out the way it did, it was a death knell.

It’s surreal to watch a team try to claw back when you’re accustomed to seeing them play too comfortably while ahead. Every possession has this tangible extra weight to it; every shot that doesn’t fall feels like the end of the world. And, truth be told, when the team that’s had a rotating cast of leaders needed somebody to step up, nobody did.

The US had responded well to some of Coach Krystkowiak’s talking points from shootaround earlier in the morning. “We’re getting our ass handed to us on the glass,” he said. The US did a decent job on the boards, getting out-rebounded 47-44.

After the fact, a few costly turnovers, missed free throws and clanged open shots loomed large. With Kevin Ware battling foul trouble, neither Leonard nor Royce Woolridge could step in and provide the shot-making that was sorely missed.

Ryan Boatright did his thing late, getting to the rim and finishing as Team USA. teetered on the brink of gold-medal elimination, but it was too little too late.

We had an opportunity at the end, but the game was literally so intense, I can’t, for the life of me, remember what happened. I scribbled some doctor’s chicken scratch in my notebook on the bench, but I never got around to dissecting the last minute’s minutiae because I just wanted to let go of it.

Bummin’. To the nth degree.

Credit the German the defense, too. They had a whole tournament to prepare for this night and threw all sorts of junk at the US.

It’s hard to put in to words what exactly it feels like to fly across an ocean with the hopes of seeing one major thing happen, and then to fall short. Even as a writer. You spend time with the kids, watch them come together and try to pull off what at the outset seems almost unthinkable, taking down teams that have been together for years.

In the end, sitting right on the floor’s edge, it’s amazing how one play can turn the tide. One shot rims out and the game’s narrative and flow inexorably change. A six-point lead gives any blood-smelling squad the chance to go for the jugular. A three-point lead converted to a three-point deficit in a matter of seconds can render the promise of taking control nothing but a distant memory.

Which is what this tournament will be for these kids after the bronze medal game.

A memory. A once-in-a-lifetime memory.