Some of the top high school prospects in America, as well as a handful of college players, will be training with NBA champion and League MVP Stephen Curry in The Bay starting Sunday at the second annual SC30 Select Camp.

Below is more info, including full rosters,  from our friends at Under Armour:

The camp will feature 20 of the best  high school guards in the country. The camp curriculum  developed by Stephen, Dell – and some of the best trainers and coaches in the country – is designed to help the players further build out a versatile skill set needed for them them to excel against the highest level of competition. Stephen will lead the players through film sessions and provide them with a first hand experience of his training regimen.

This year four of college basketball’s best guards – Romelo Trimble (Maryland), Isaiah Whitehead (Seton Hall), Demetrius Jackson (Notre Dame) and Bryant McIntosh (Northwestern) will be part of the experience as counselors and will also work closely with Stephen throughout the camp. 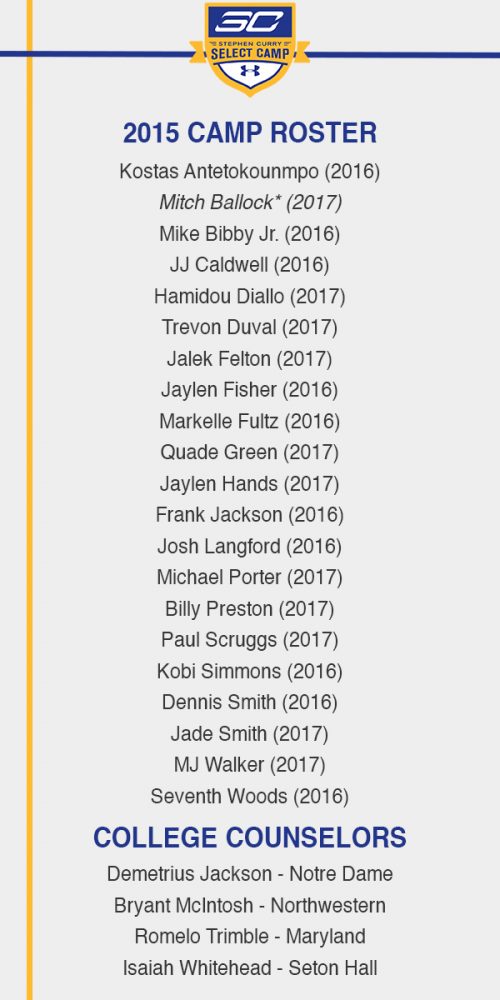