The 6-9 forward might be in a Jayhawks uniform sooner than expected. 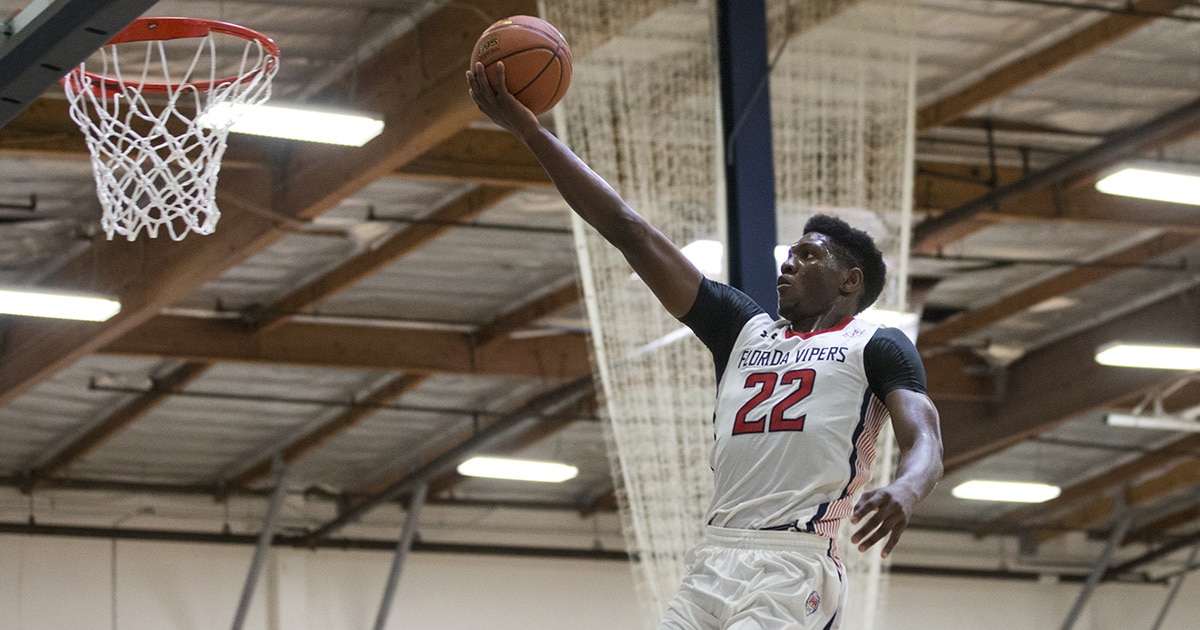 One of the top recruits in the Class of 2018 might leave school early and could enroll at Kansas in January. Silvio De Sousa, a 6-9 forward out of IMG Academy (FL), might be set to suit up for the Jayhawks next month.

More from The Kansas City Star:

Kansas basketball coach Bill Self reiterated Tuesday afternoon that he’s hopeful big men Billy Preston and Silvio De Sousa will be available for duty during the Big 12 portion of the 2017-18 season.

Yes, he’s hopeful the two will take the court for KU, but again, as of Tuesday, there’s nothing’s official yet regarding the status of either player.

“I would say we are (hoping they can play in conference games),” Self told The Star Tuesday afternoon. “Hopefully we can start preparing that way the 26th. We’ll know about Silvio for sure by then. Billy I hope so (by then). Silvio … I think we’ll know in a couple days for sure.”

De Sousa, a 6-foot-9 senior forward from IMG Academy in Bradenton, Fla., said Tuesday he had one test to take this week prior to graduation from IMG on Friday.

Self said after Monday’s game against Omaha, “we feel really good,” about De Sousa’s performance on a recent standardized test. De Sousa’s test score must be matched against his performance in core courses with a certain test score needed for him to be eligible for NCAA competition second semester. There’s a chance he could arrive at KU shortly after graduation, certainly in time for KU’s game against Texas on Dec. 29 in Austin.

“It’s coming to a head. We should know something by the end of the week for sure,” Self said. “It’s all organized (for NCAA clearinghouse to examine materials).”