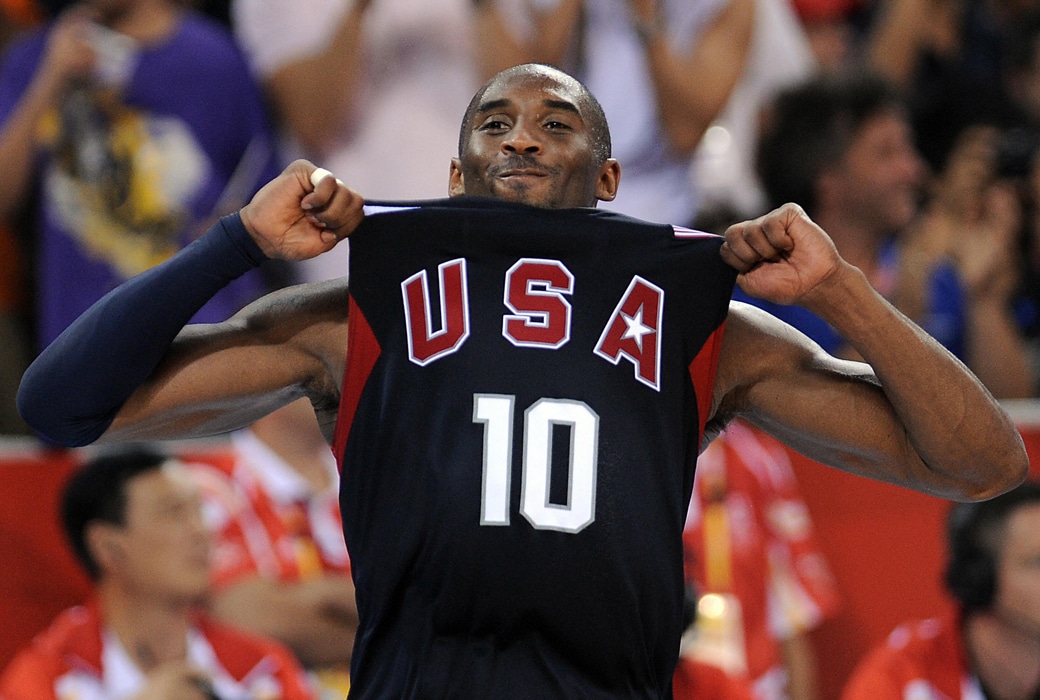 Outside the Shenzhen Bay Sports Centre in China—over 7,000 miles from Los Angeles—local fans decked out in purple and gold eagerly awaited the arrival of Kobe Bryant. They inched as close to the red-carpet entrance as permitted, pressing up against the security boundaries, and loudly chanted for the Lakers legend.

Bryant, who is serving as a global ambassador for the 2019 FIBA World Cup, was in Shenzhen to host the official draw ceremony on Saturday night. With help from several other former NBA players—including Hall of Famer and current president of the Chinese Basketball Association, Yao Ming—he revealed the eight groups for the initial phase of competition, beginning August 31.

It’s a fitting new role for the Mamba, who has two Olympic gold medals (’08, ’12) and a WC championship (’07) on his resume. And the enlivened crowd outside the arena made perfectly clear just how widespread and powerful his influence is. He’s been consistently active in efforts to grow basketball and impact the next generation of athletes, whether it be in the United States or overseas.

SLAM took part in a roundtable interview with Bryant during the weekend to get his thoughts on the upcoming Cup, his career with Team USA and much more:

Q: How happy are you to have the role of global ambassador for the 2019 World Cup?

KB:  I’m very happy. Being around the game at this level is always very exciting and very energizing. I owe so much to the game of basketball, FIBA in particular, so it feels good to come back and be a part of it.

Q: When you think back on your career with Team USA, is there a specific memory that stands out?

KB: For us, it was always the interaction with other athletes. That’s always the most enjoyable thing. Spending time with your competitors. Seeing Tony [Parker] not in a Spurs uniform [smiles]. Once you get past how different we all look without having our Laker colors or him having a black and white on, it gets down to competing. And competing against those guys and seeing the same moves that they do every time you play them in the regular season, just under a different circumstance. That’s the most fun.

Q: How does the mindset and approach change when you move from the NBA to the World Cup?

KB: It’s preparation. It takes time to prepare. You can’t just jump in and play. I won’t say the rules are different, but the style of play is very, very different. So you have to, at least for myself, watch a lot of film and try to read up on a lot of the guys that I’m playing against because some of the players—we made the assumption in ’06 [when USA won the bronze at the FIBA championship] and prior to that that some of these players aren’t in the NBA, so they must not be very good. When I came in ’08, it was like, Listen, that’s not it. There are plenty of players that are insanely good that choose not to come play in the NBA, so let’s understand that. So that means that when we’re playing against Greece, Spain, France, Lithuania, Serbia and so forth—We have to research these players and watch them and study them. Because if we do not, we will be in trouble.

Q: Can you understand a player rejecting an opportunity to play in the Olympics or the World Cup?

Q: Even the NBA guys?

KB: Yeah. I’ll play anywhere. It’s a big difference playing for the Lakers or playing for the Dallas Mavericks or the Portland Trail Blazers or whatever It is, and then playing for the United States of America. That’s a big deal. It should be interpreted as such, and we certainly felt that way. Coach K did a great job making sure our young players understood the historical context and the contributions that we are making to our country in our small way.

Q: Do you think the US is a lock to win the World Cup?

KB: No. It goes back to the answer I gave earlier. If they have the maturity and understanding that there are plenty of players who just choose not to come play in the NBA because they are comfortable—families, school, etc.—and decide to just stay where they are; if we understand that there are players out there, plenty of them, that can show up any given night and wear you out, then we will be OK. But if we go in there thinking we’re just going to slap a team together and play and win, we’re going to be in trouble.

Q: What do you think about the choice to have Gregg Popovich replace Mike Krzyzewski as coach of Team USA?

KB: I think it’s pretty interesting because coach Pop wins all his NBA championships with European players anyway [laughs]. There all international players. I mean, pretty much all of them. So it’s pretty funny that he’s coaching Team USA and going up against the international players when that’s all he drafts and that’s all he trades for. I think that’s good for us because he understands how good these players are. It won’t be something that he’ll take lightly in the least bit. So from that standpoint, it’s good.

Q: Do you have bad memories of the referees from your games in Olympic and World Cup competitions?

KB: Nah. Obviously I had a great time. Played in Beijing in ’08. London in ’12. They were all great experiences. What I enjoyed about the game was—the first couple plays I realized, the FIBA game is more physical than the NBA. You can put hands on guys, there’s more checking, there’s more physicality. And we were a team in the past, with ’06, that kind of fell backwards to that. In ’08 we did not, and I was pretty vocal about the fact that, Hey listen, last I checked, we’re bigger, we’re stronger and we’re faster. The fact that the game can be more physical should be really exciting for us [laughs]. That means we get to hand check, we get to hold, we get to bump you off of cuts and screen and rolls. Let’s go. From that standpoint, I started hand checking guards. It was fantastic. So nah, I had a great time. Wish we could do that in the NBA.

Q: The 2008 gold medal game in Beijing—where does that rank among the most memorable games of your basketball career? [Kobe scored 13 points in the fourth quarter to help Team USA defeat Spain.]

KB: It’s right up there at the top because what was at stake. I still tease Pau [Gasol] about it to this day, like I don’t understand why they did not double me in the last two minutes. I hadn’t shot the ball all game long and so the last two minutes, I’m in single coverage. It’s still up there as one of my favorite games to play in.

Q: How do you envision the game of basketball continuing to grow in places outside the US? What are the next steps of that process?