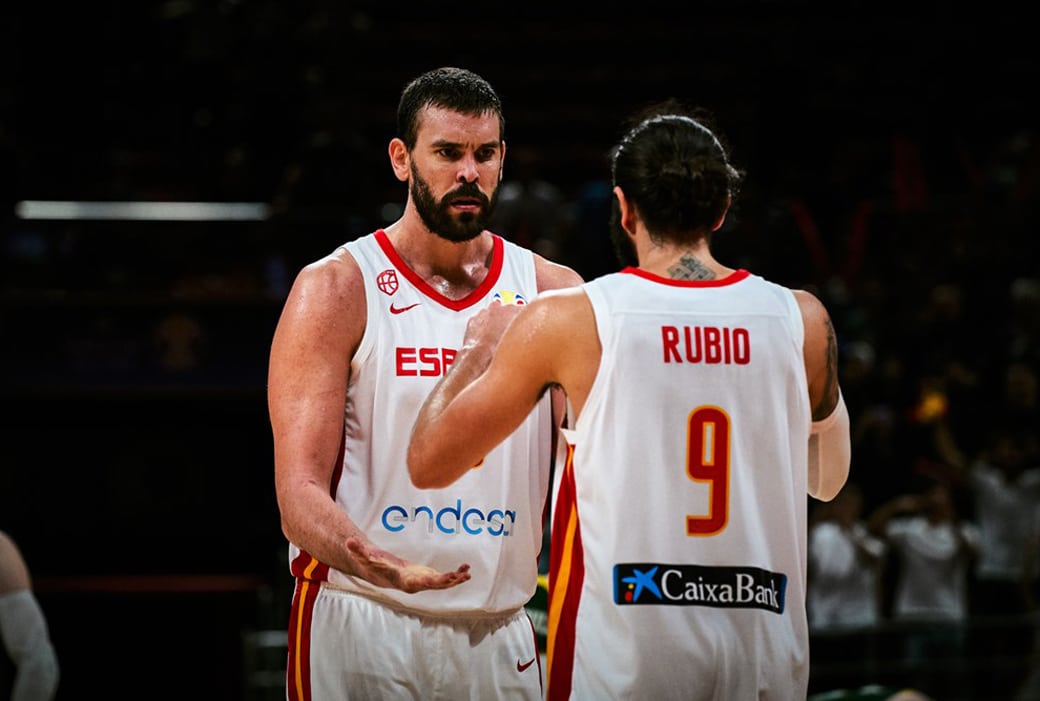 The 2019 FIBA World Cup did not unfold as many anticipated. USA got knocked out in the quarterfinals by France. Serbia, the second favorite to win it all, was eliminated in the same round by Argentina.

Led by Ricky Rubio and Marc Gasol, Spain went undefeated on their way to a title. They locked up their second WC championship with a 95-75 victory over Argentina. With an average age over 30, their 12-man roster was actually the oldest to take gold since 1978.

Much of the conversation surrounding this year’s tournament centered on the players not participating. Ben Simmons (Australia), Jamal Murray (Canada), James Harden (USA), Anthony Davis (USA) and Damian Lillard (USA) are just a few of the guys who dropped out in the weeks prior. But to focus on those absent was to ignore and disrespect the talent that was on display, as Donovan Mitchell and Gregg Popovich emphasized during a postgame press conference.

“I know that people are going to focus on who we didn’t have, but how about we focus on who we do have,” Mitchell said, after USA’s loss to France. “Our [NBA] season ended, and we came out ready to work with Coach Pop and all his coaches. It’s not about who’s not here.”

“It’s also a disrespectful notion to bring something like that up and say, ‘You didn’t have this guy or that guy,’” Pop added. “That’s disrespectful to France and whoever else is in the tournament. France beat us. Doesn’t matter who is on the team, and I couldn’t be prouder of these 12 guys who sacrificed their summer to come here, having never played with each other before, and they put themselves in the arena and competed, and they deserve credit for that.”

Under intense pressure and amid crazy environments, players from across the world shined out in China. Let’s focus on that. Below are some of the standouts.

Rubio was the floor general for the champs. He controlled the pace of games and was aggressive on both ends, averaging 16.4 points, 6.0 assists, 4.6 rebounds and 1.5 steals. In the final against Argentina, he led his team with 20 points and kept them in the driver’s seat. Since 1994, he’s the only player to record 100+ assists and 50+ steals in a single World Cup. Spain had a balanced attack, but Rubio was their most reliable creator on their road to the title.

When Spain needed him most, Gasol delivered. His best game came in the semifinal against Australia, a double-overtime thriller. The big man finished with 33 points, 6 rebounds and 2 blocks and made clutch free throws down the stretch. He followed that up with another impressive performance in the final (14 points, 7 rebounds, 7 assists, 3 blocks), earning a spot in the All-Star 5 alongside Rubio.

Though Argentina ultimately fell short of gold, Luis Scola was the biggest story of the tournament. Participating in his fifth World Cup, the 39-year-old forward set records, posted incredible numbers (17.9 points, 8.1 rebounds) and steered a team (along with star point guard Facundo Campazzo) featuring no NBA players on an improbable journey to the final. During the group stage, he passed Australia’s Andrew Gaze to become the second leading scorer in World Cup history. He had 20 points in a shocking win over Serbia in the quarterfinals and 28 points in another upset over France in the semis.

When Scola first joined the senior national squad in 1999, his current teammate Maximo Fjellerup was a one-year-old. It’s been two decades since then and somehow Scola’s still going strong. His legendary run was what stood out the most from this competition.

Serbia underachieved at the World Cup, but Mr. Automatic exceeded expectations. Bogdanovic was unstoppable offensively, averaging 22.9 points on an insane 56% shooting from the field and 53% from deep. With the closer arc, he nailed more threes by himself (35) than seven of the 32 teams in the pool. He dropped 30+ twice and helped guide Serbia to a victory over the United States in the classification round.

While Rudy Gobert held down France’s defense, it was Evan Fournier who carried them on the other end. The 26-year-old guard was the go-to scorer his team desperately needed. Fournier showed the full arsenal during the tournament, working off high screens to create open threes, midrange fade-aways and floaters in the paint. His 158 points (19.8 per game) was the most ever recorded by a French player in the World Cup (previous high was Maxime Dorigo with 153 in 1963).

Head coach Andrej Lemanis (NBL) had Patty Mills sprinting around screens like Ray Allen, orchestrating the pick-and-roll up top and pushing the ball in transition—an approach that led the Boomers to a fourth-place finish, their highest ever rank in the World Cup. Patty was the only player to score 15+ points in each of his eight games and went for 30 or more twice. Along with Bogdanovic and Corey Webster (see below), he was clearly one of the best shooters in the tournament.

Czech Republic made the most of their first appearance in the World Cup. They caught people’s attention with a win over Turkey to advance out of the opening group stage and continued on to the knockout round. Satoransky was at the center of everything they did, posting 15.5 points, 8.5 assists and 5.6 rebounds per game. He was the only one in the tournament to average 15+ points, 5+ rebounds and 5+ assists.

Don’t let those missed free throws against USA cloud Cedi’s overall World Cup. Turkey was competitive throughout and he was the primary reason, averaging 20.4 points on 50 percent shooting from the field. After an encouraging NBA season, the young forward showed further signs of improvement out in China.

If you didn’t know who Corey Webster was a few weeks ago, you should now. The 6-2 guard from the NBL was a star for New Zealand, putting up 22.8 points and 5.6 assists per game. He was the focus of an offense that averaged the most points of any team at the World Cup (99.4). Through five games, Webster was also in 50-40-90 club.

USA had its struggles, finishing in seventh place—their worst ever ranking in the World Cup. But Kemba put together some really nice performances and led the squad in both points (14.4) and assists (5.4) per game, even while battling illness for a portion of the trip. He took over late in an overtime win against Turkey and was in full control during back-to-back victories against Greece and Brazil that secured a spot in the quarterfinals.

The leading PPG scorer (23.0) in the entire tournament, big man Guna RA did all he could for his country. He was the only player to notch a double-double in every game he appeared in and capped an incredibly productive run with 26 points and 16 boards against Ivory Coast to help Korea get in the win column.

Photos via FIBA and Getty.