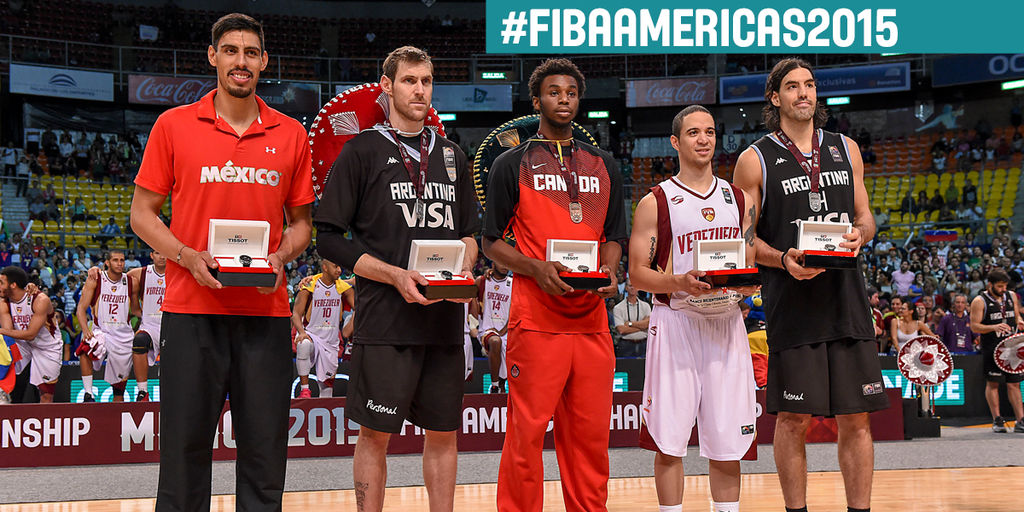 Unfortunately for Scola and his teammates, Argentina lost 76-71 to Venezuela in the championship game Saturday.

Venezuela made history on Saturday by winning the FIBA Americas Championship for the first time in their history after defeating Argentina, 76-71, in the Final of the 2015 edition at the Palacio de los Deportes in Mexico City. […] Playing great defense and displaying intelligent play on the offensive end, Nestor Garcia’s team finished the night proudly and loudly shouting “Champions”.

Luis Scola, who was earlier honored as the championship’s all-time leading scorer was key as Argentina continued to stay comfortably on top. Despite not playing well, a three-pointer by Graterol beat the first quarter buzzer and saw the Venezuelans cut the deficit to 20-13.

The game was turning into an instant classic as Selem Safar converted a four-point play to edge Argentina back in front, 58-57. But Venezuela did not lose their composure and instead stepped up the defensive intensity and scoring six unanswered points to pull away, 63-58. […] Argentina’s fighting spirit allowed them to get within two with 10 seconds left to play, but a pair of free-throws from Dwight Lewis sealed the game and the win for the Venezuela, who wrote a new chapter in the country’s basketball history.