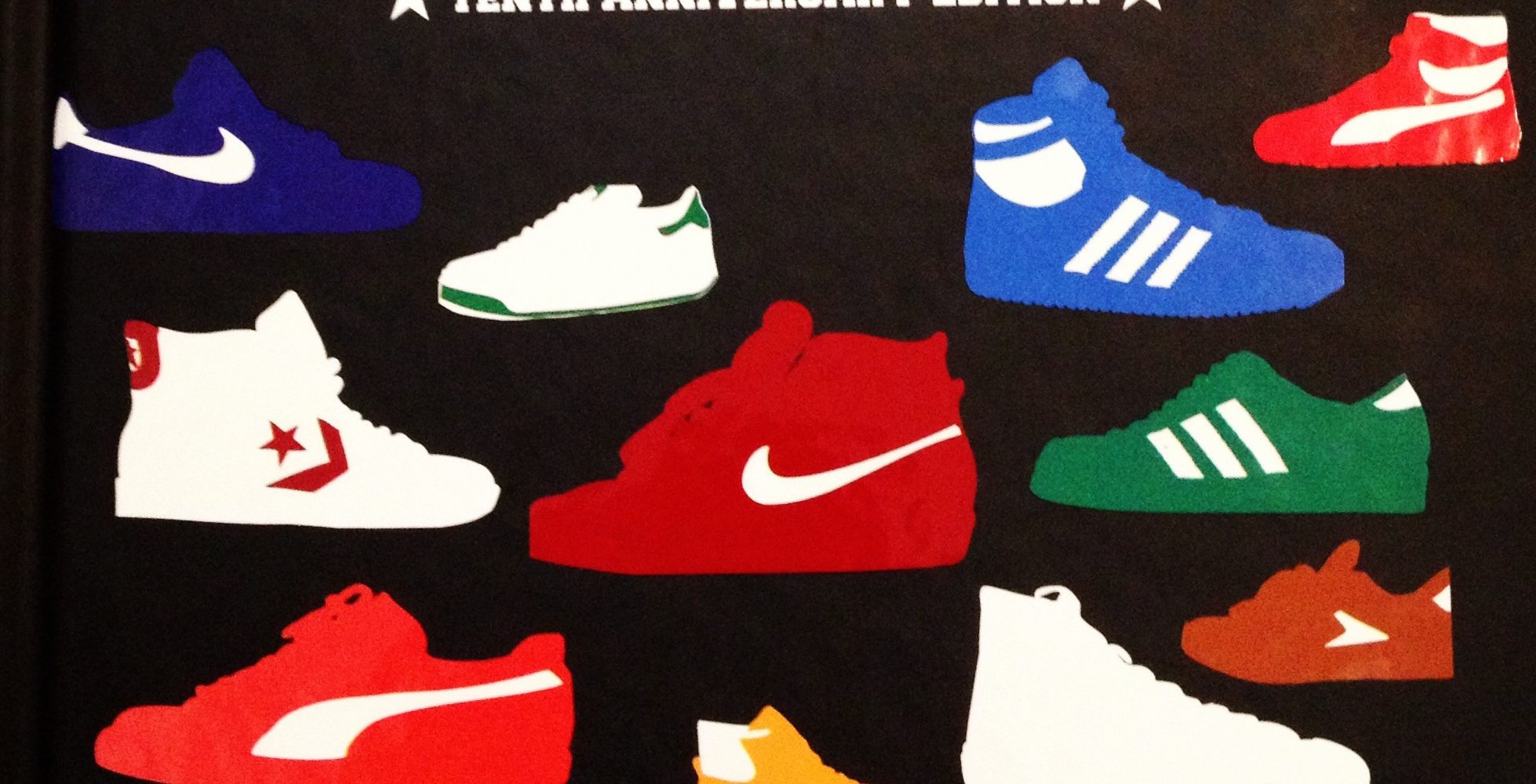 The few (if only) positive bounce in the NYC basketball world that year was the release of Bobbito Garcia’s Where’d You Get Those? New York City’s Sneaker Culture: 1960-1987. Rife with fact, feeling and footwear, the original book became an urban anthropological game changer—a coffee table book for sneaker connoisseurs as well as a “regular” in the syllabi of Yale, NYU and Carnegie Melon.

A decade later the Knicks have once again stumbled out from the starting block going 9-17. Luckily, Bobbito Garcia has provided a most welcome reprieve; the 10th Anniversary Edition of Where’d You Get Those?

The sneaker game has not changed so much as it has evolved over the past decade—and the 10th Anniversary reflects this continuum. With a clean and colorful new cover, updated and expanded text from Bobbito and a must-read introduction by Elliot Peter Curtis, what remains in WYGT’s 10th are the amazing photographs and clever dialogue amongst the contributors.

One of the select original voices to the book, Blake ‘Lord Scotch’ Lethem, reminisced with me about those amazing few hours when Bobbito came over circa 2003 with a tape recorder to research and share. “Sneakers are unique because they are simultaneously nostalgic yet very present tense.”

Looking down at Lord Scotch’s fresh out the box white and gold adidas Superstars, I then asked the obvious question that more and more have been asking since 2003: “Where’d you get those?”

“Church Avenue…they are less expensive there.”

“Documenting more than 400 pairs of sneakers in a highly illustrated, chronological format, Where’d You Get Those? is simply a stone cold classic. Sneakers are fetishized by consumers worldwide, and dozens of subsequent sneakers books have come and gone, but none have come close to attracting the readership and unfettered adulation that this book has enjoyed. (Carnegie Mellon University even offered a class, Sneakerology 101, that used Where’d You Get Those? as its main textbook.) Updates to the new edition include new sneakers inaugurated into the canon, as well as a new foreword, introduction and afterword.”