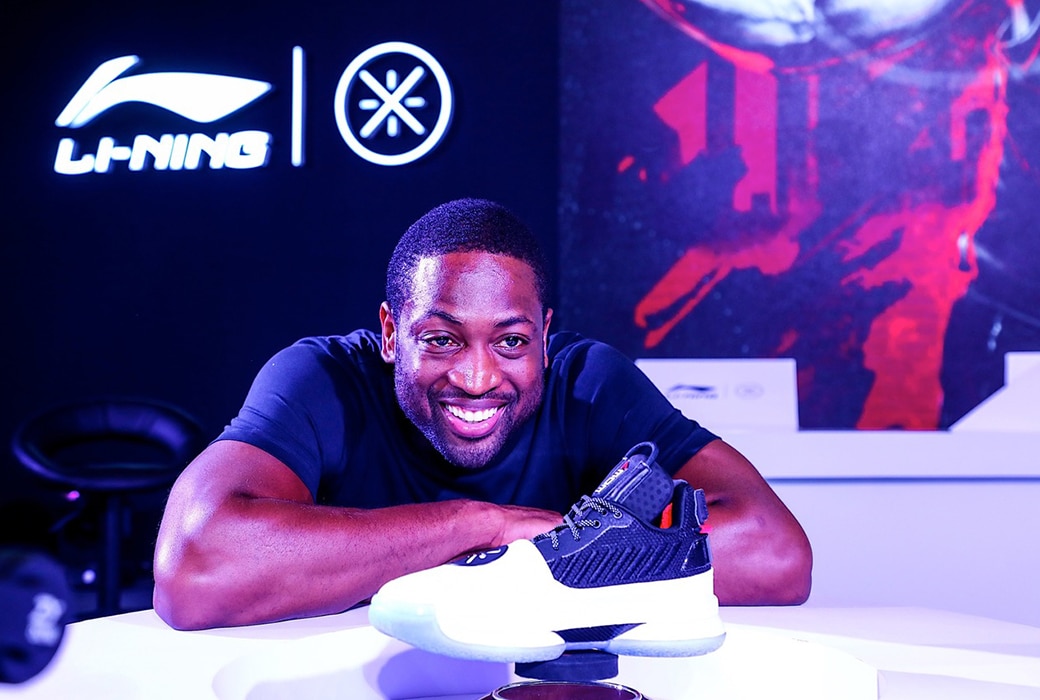 Dwyane Wade signed with Li-Ning in 2012, leaving a deal with the Jordan Brand. The Chicago-bred Wade was serving as a pioneer, testing the basketball market in China. Li-Ning is a major company out east, but people in the States didn’t have the awareness. Now Wade’s seven sneakers deep into his signature line and is the face of his own brand. The Way of Wade line operates in concert with Li-Ning, but it’s all Wade’s vision.

The three-time champ is out in Beijing right now, where he just unveiled the WoW7. And he also announced that he’s signing a lifetime deal with Li-Ning. We caught up with the future Hall of Famer, via phone, to break down why he’s on-board till the sun stops shining.

Not only did D Wade unveil the WoW7 in Beijing, he also signed a lifetime deal with Li-Ning. Go ahead and prosper, Flash. 📷: @kicksvisionofficial

SLAM: You’ve officially inked a lifetime deal. But back in 2012, it was probably tough to see all of this coming to reality. What was running through your mind when you made your decision back then?

Dwyane Wade: I would be lying if I said I wasn’t a little nervous. I’m from Chicago, I’m from the states, I know the brands of the U.S. and when I got the opportunity to sit down with Li-Ning, it was really my first time talking about a brand outside of the states. So when I was sitting there deciding what to do, I had to come up with my pros and cons. When I did, there was so many more pros than there were cons. The only con that I kept coming back to was something so simple, like the “cool factor.” For me, ultimately, it became a no-brainer. But the first couple of thoughts that I had were just being a little nervous about taking a leap, taking a step and just doing something different. But once I got out of myself and said, “Hey, this is what you want to do,” it became an easy decision.

SLAM: You recently said that growing this brand has been one of the “proudest achievements” of your career. Why has this been so fulfilling?

DW: Today when I was on stage and I was just sitting there thinking about young individuals. My 11 year old son was watching. To be able to teach somebody to do something that is maybe out of the norm, especially in the sport that I’m in and to be sitting here and to be the athlete, to have a lifetime deal because I opened a brand–this is an inspiration. My hope is that there’s going to be other opportunities, there’s going to be other times where athletes and individually kids are going to have that moment where they’re going to be scared to take that step. I just want to be a voice in their head when they do, when they have that opportunity and just say, “Listen, if it’s something that you can do, if it’s something that you really want to do, don’t worry about if it’s the popular choice, don’t worry about what other people think, put your all into it and great things will come of it.”

SLAM: What’s the story behind the Way of Wade 7?

DW: When we sit down with my Wade 6 and now my Wade 7, big Joe, my designer over here, [it was] just sitting down and trying to create what I wanted. I wanted to just go back and tell stories about my basketball career. Even going back to the Converse shoe that I wore before and taking elements of things I liked about it. Trying to put it next to the sneaker and then going back to the color themes, and all of these things tell a story.

Finally the most awaited shoe of the year "The WOW 7" is finally here . And many thanks to @joedod the Mastermind behind designing WOW 7 @dwyanewade @wayofwade #LiNing #wayofwade #wadetours #wadechinatour #basketball #2018

SLAM: You go back to China every summer. What’s the energy been like over there?

DW: The energy, man, the energy is crazy. The game of basketball has been huge for a while over here and for me to be a part of my own brand, the love is so special, man. My tours every year, it gets more, more, more. And it’s not just more people, but it’s more support. When I see everybody show up to my events now, I watch everybody wear nothing but Li-Ning elite gear. When I first came out here, it wasn’t like that.

SLAM: There’s going to be an increased Way of Wade and Li-Ning presence in America soon. What’s the next step for you all?

DW: On the Wade side, I’m trying to continue to grow my brand and also understand that at some point someone is going to have to wear my shoes on the court one day. Just trying to sit down and seeing the plan for what that looks like. We’ve done a good job so far. We kind of tested it a little bit, and a lot of it has been with guys I’ve had a relationship with. Now you need guys to take the step to come over to Li-Ning and really be happy about the partnership. It’s more than just, “Hey, I want to get a check in China.” It’s really like, “Now I’m going to build something, I want to be a part of something.”

So you definitely want people to have that mindset. That’s the criteria. You want people to have the mindset of wanting to be a part of something special. That’s something that we’re already starting to touch on. I’m very fashionable and we’re bringing that into my line. It’s a good time right now for the Li-Ning brand, but also the Wade brand and we’re doing it our way.​ 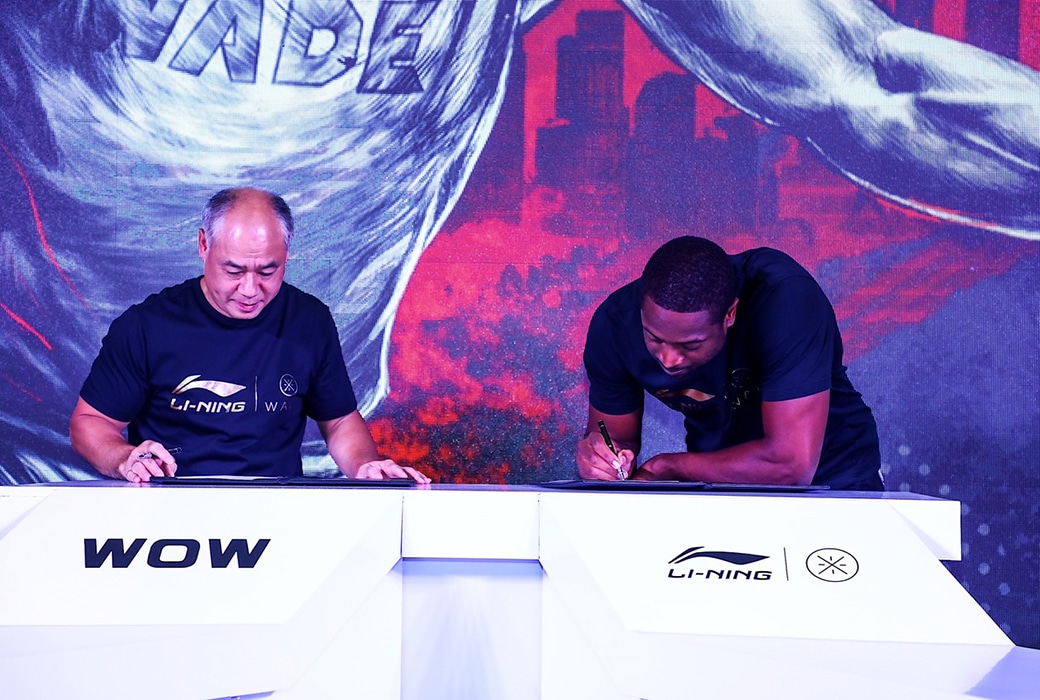 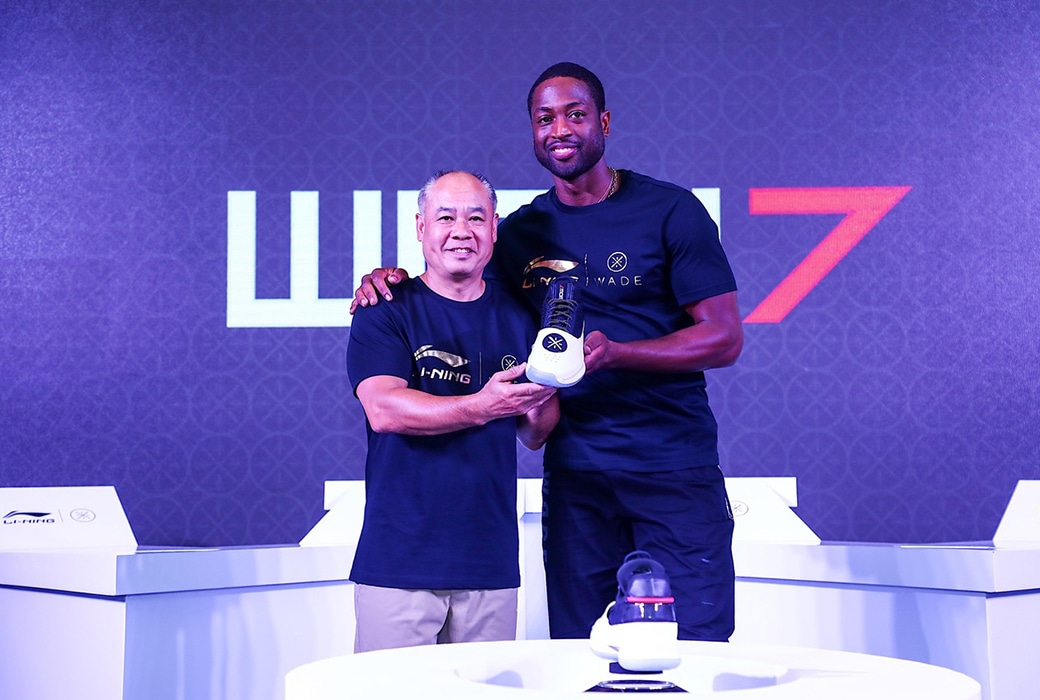 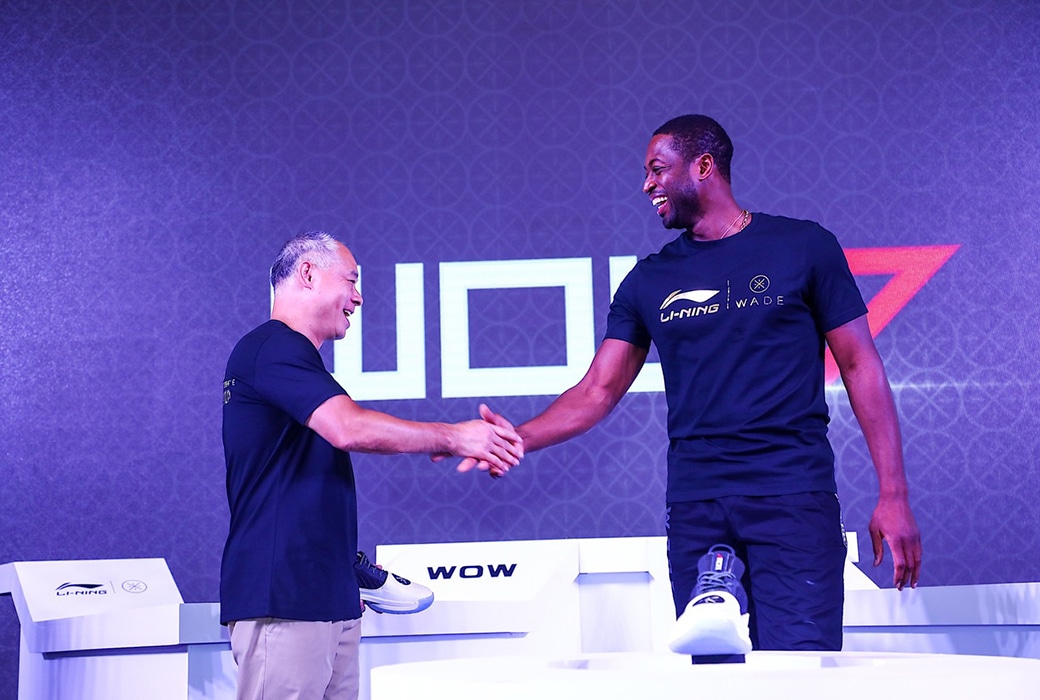 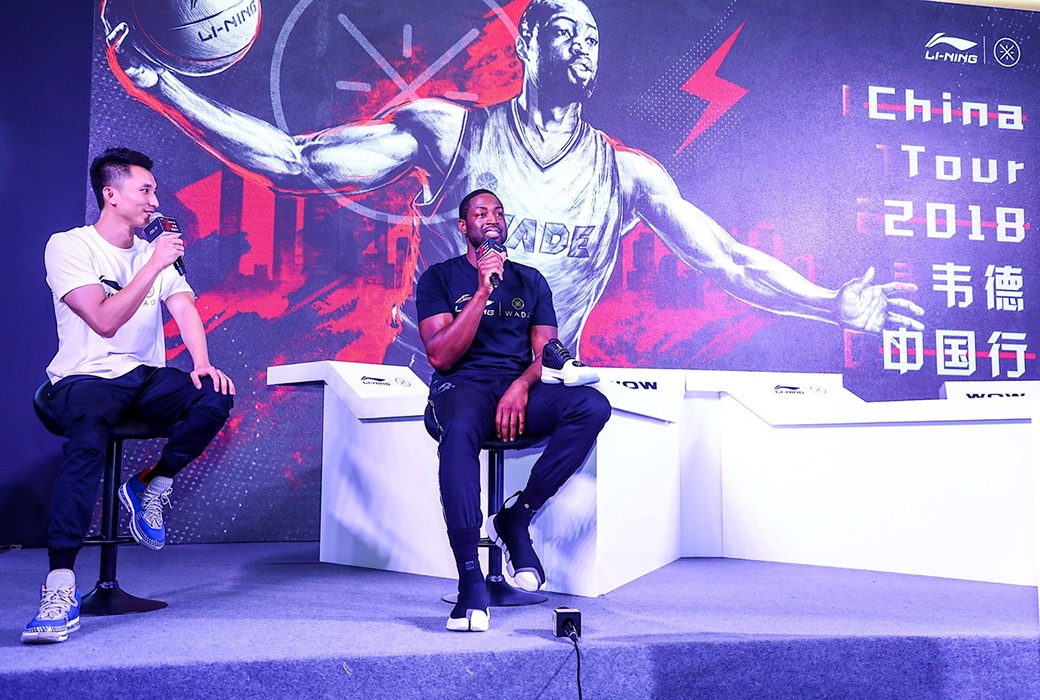