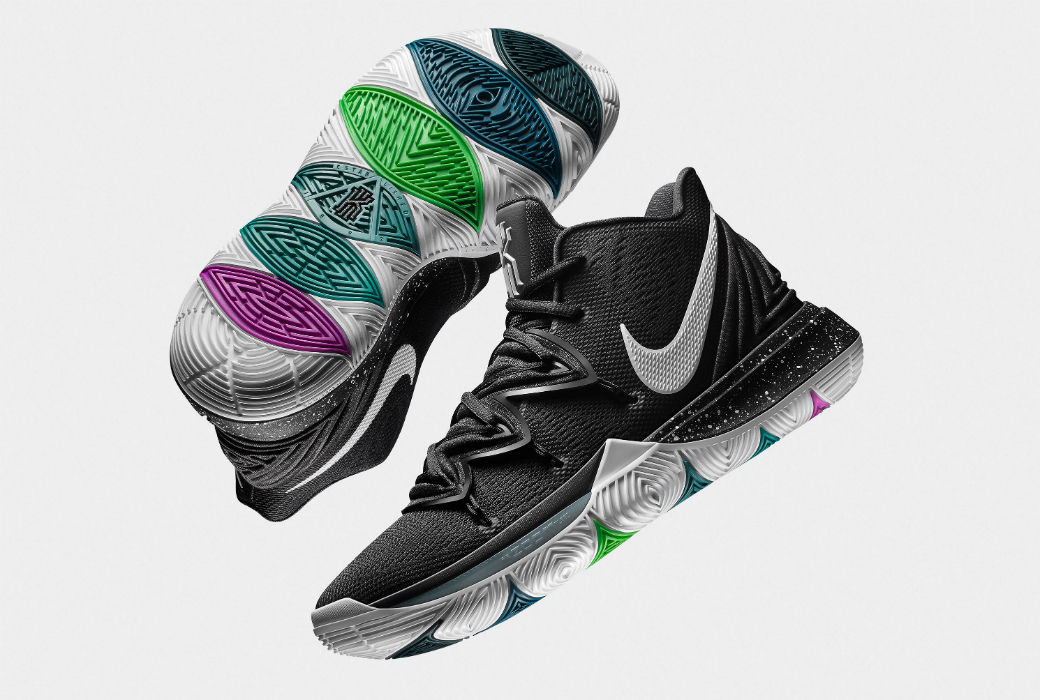 Kyrie Irving is all about storytelling. He released a movie this summer, of course. He also uses his sneakers as platforms to share his story, as well as the stories of others. He’s hit the court in numerous PEs throughout the years, harkening back to his time shooting in the driveway with his father, or eating cereal while watching Grease, or all of the other countless pairs he’s worn. He created a pair of Kyrie 4s called “Power is Female.” They dominated the WNBA footwear scene all summer. Irving is father to a daughter and brother to a sister, and he counts Sue Bird as a good friend.

“With the colorways, and the stories these relay, I’m trying to be more honest. Whether people pass judgment on the stories or not, it’s going to happen. The importance is making these relatable. And at times, I want to support others in sharing their stories. People sometimes feel like they’re alone or they feel like they can’t connect to anyone. I want to come in and bridge that gap for them — that’s part of the great potential of this whole thing.”

Irving’s going to use the Kyrie 5 to continue to share moments from his past. The 5 has lots of room for creativity, an area where Irving thrives. He and his team at Nike have pushed the boundaries of colorways for the past few years. Now that the rules restricting sneakers are gone, the Celtics star has room to play. 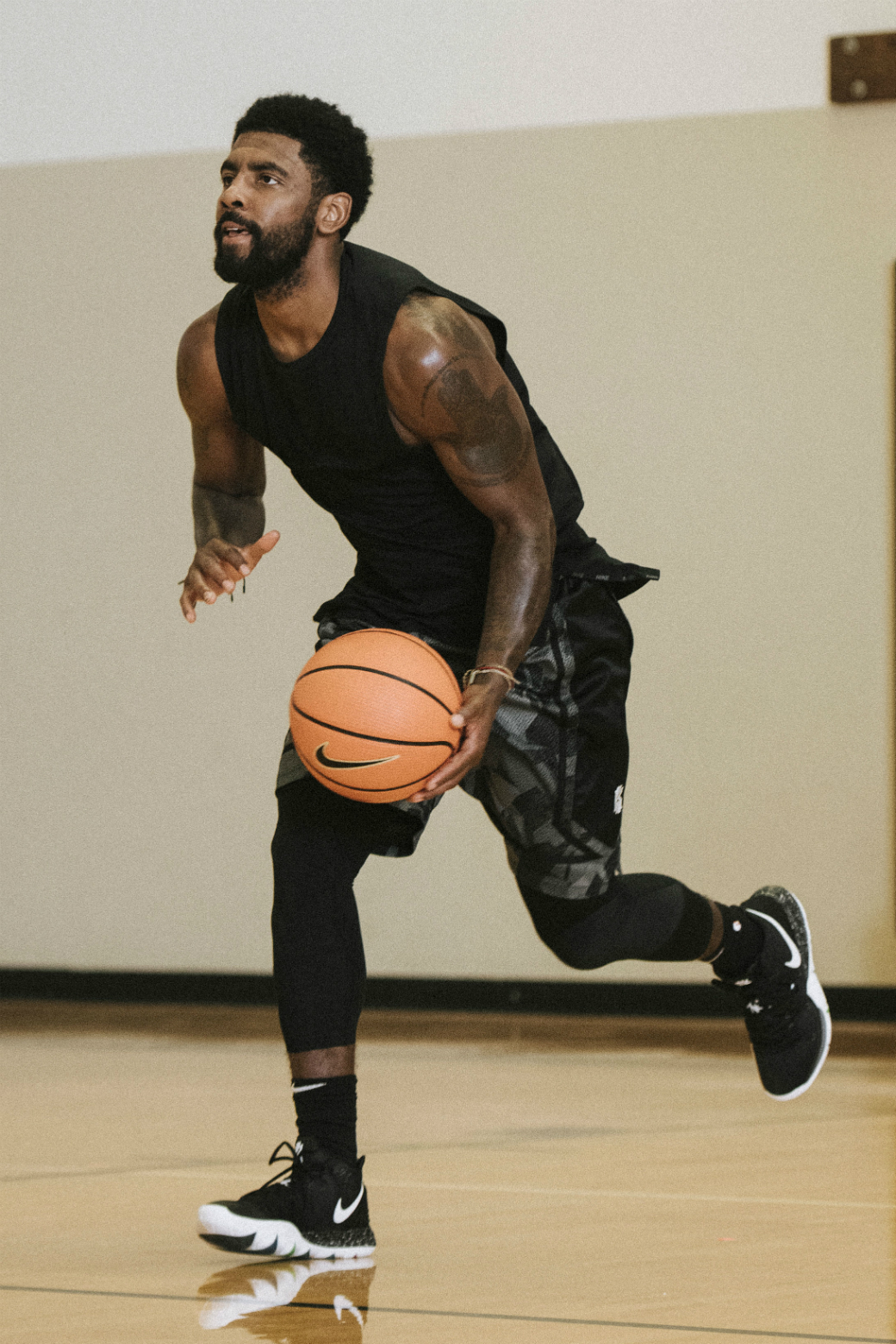 Ben Nethongkome, Senior Footwear Designer at Nike Basketball and the lead mind behind the 5, packed the new silhouette with all-new technology. He started at the base, creating the all-new Nike Air Zoom Turbo bag. It’s designed to work in concert with the 5’s curved outsole, a composition that’s been part of the Kyrie line for years. That curved outsole aids the ever-shifty Irving in using his feet, stopping, starting, darting all around the floor.

“In the Kyrie 5, it is distributed across the entire forefoot footbed, working with his quick-change-of-direction style of play,”Nethongkome says about the new Air bag. “When he’s banking, cutting, or attacking in drastic degrees, his foot will engage the Air Zoom Turbo unit providing responsiveness at all directions.”

Nethongkome’s team was able to shape the airbag to the curved outsole by using a new engineering process that “creates flexibility in the Air unit via a series of welded channels,” according to the Swoosh. 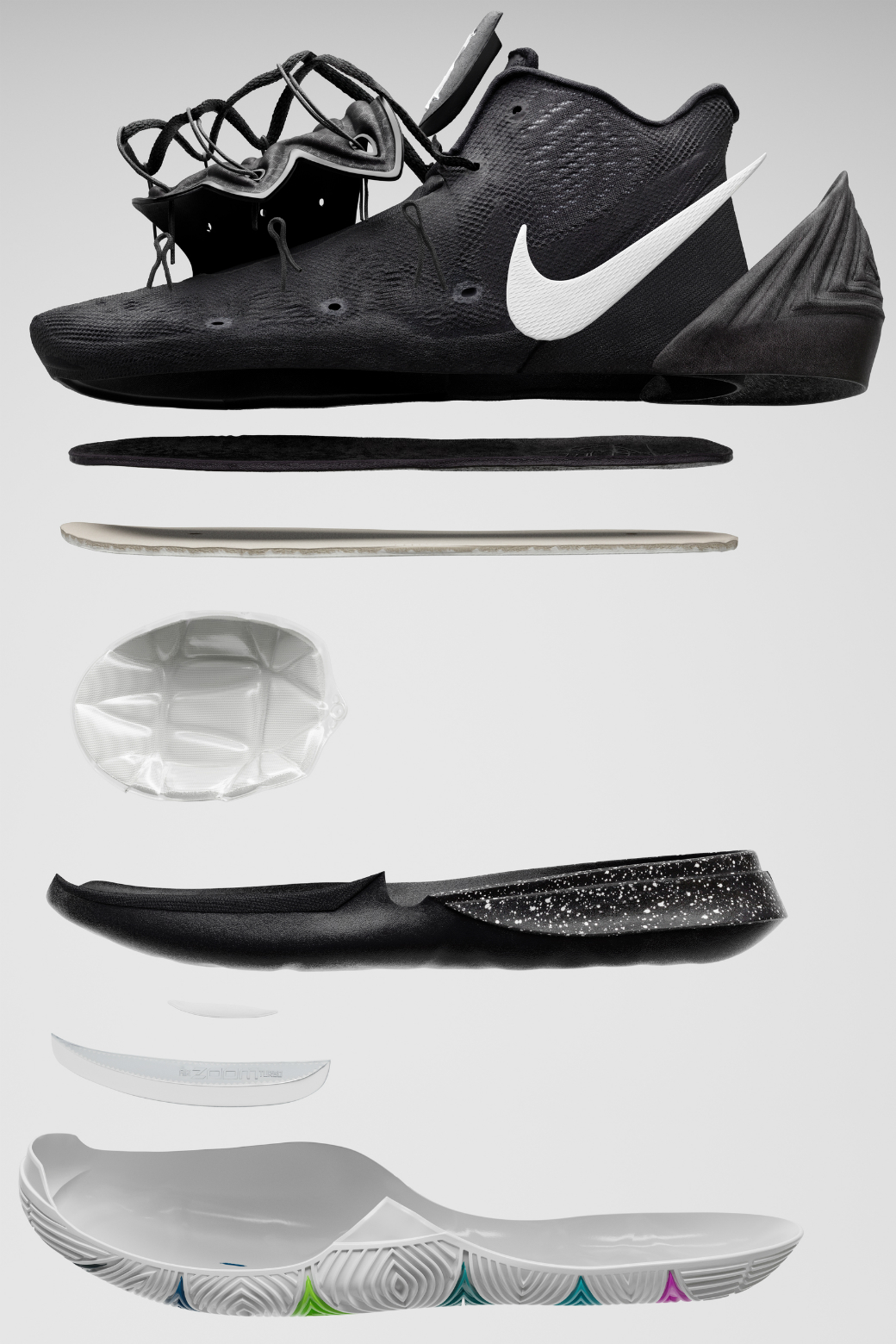 Flywire is also part of the 5, providing containment over the Air unit. It can be seen on the tongue, where a piece that was inspired by a Venus Flytrap rests proudly. 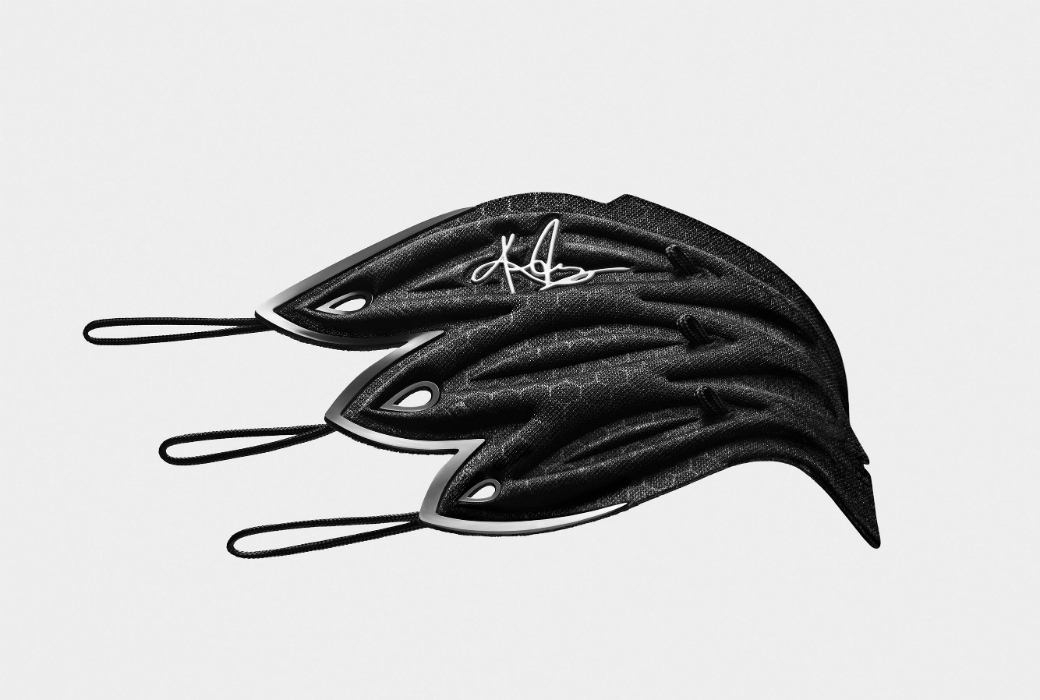 “The Flywire is arranged so that it locks the foot into the Air Zoom Turbo unit, and this amplifies the responsiveness of Zoom in the forefoot,” Nethongkome says. “We wanted it to be both beautiful and improve on fit and feel.”

The final innovation comes from the sneaker’s namesake. Irving wanted a new traction pattern and Nethongkome used him as inspiration.

“Have you seen the Hamsa hand tattoo on his left arm?” Nethongkome asks. “It’s a symbol of protection for him, it kind of shields him from all the bad juju, and so it became the jump-off point for the shaping of the outsole patterns. He wants to have more than just a basketball shoe. And this allows us to apply more of his spirit throughout the shoe.

“The traction system for the Kyrie 5 creates stability through discreet geometries,” he says.

There’s also a big piece of real estate on the 5’s heel. It features the eye within the triangle that Irving famously loves. 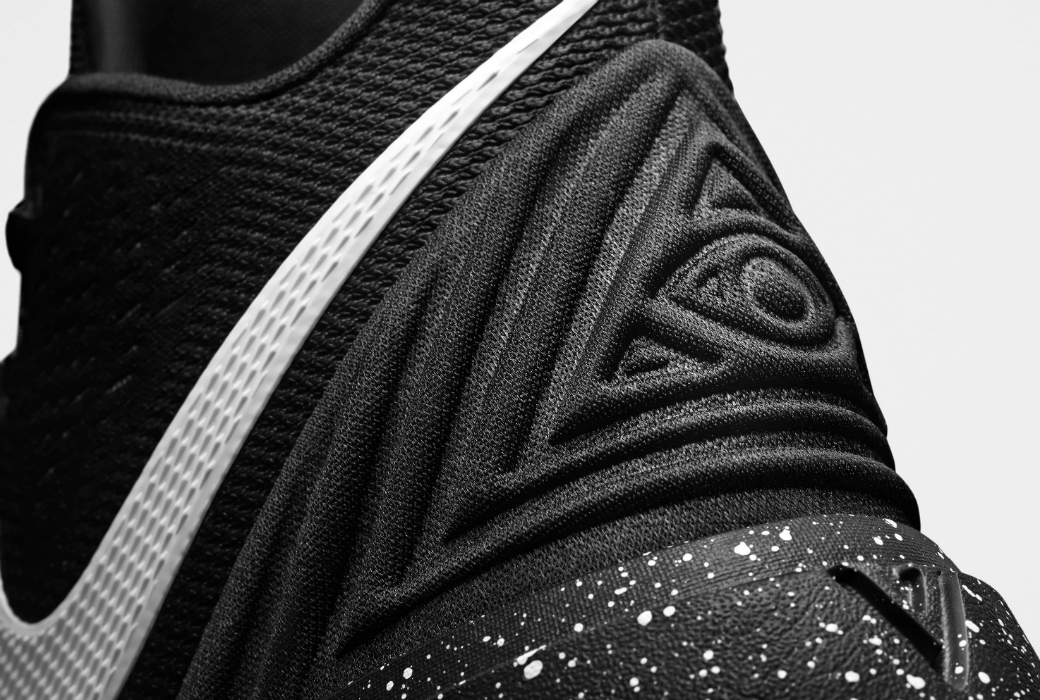 As he’s shown in years past, Irving has plenty of crazy ideas in-store for his kicks. Nike’s even teasing what’s to come. Here’s more straight from the Swoosh:

Look out for a series of special edition KYRIE 5 colorways that tap into both Irving’s past passions and the contemporary creative forces that are inspiring him today.

The Nike Kyrie 5 drops on November 22 and then on December 6 in China.