Kevin Durant returns to Oklahoma City for the second time tonight to play against his former teammate, Russell Westbrook. Though the Warriors are rolling (13-4) and the Thunder are struggling (7-9), tonight’s matchup pits two of the League’s most star-studded teams against each other.

The players that are suiting up tonight–Paul George, Stephen Curry, Draymond Green, Carmelo Anthony, Klay Thompson–are world-class talents on the floor, dynamic stars that have enjoyed tons of individual success. And they’re also big time members of the sneaker world. Five different signature sneakers will be featured on the court, as well as a few PEs.

Jordan Brand, Nike, Under Armour, adidas and Anta will be well-represented when the ball tips. Scroll through the gallery above to get a look at the sneakers we’ll most likely be seeing tonight.

As for Russ, well, Jordan Brand released a new colorway of the Air Jordan XXXII today, named after him. Probably not a coincidence that they dropped right before this game. 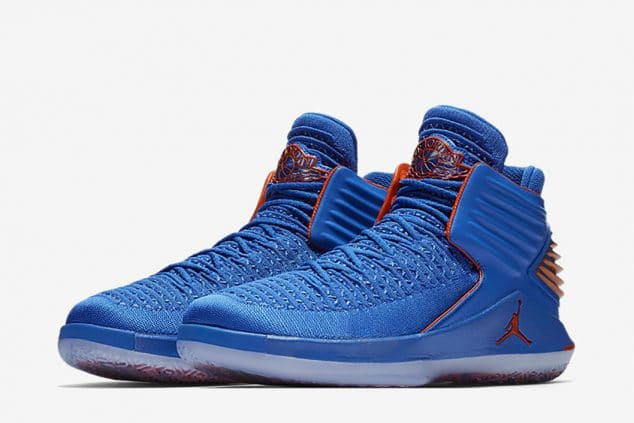 Recapping the Jordan Brand Class of XXXII ‘Like Mike’ Invitational