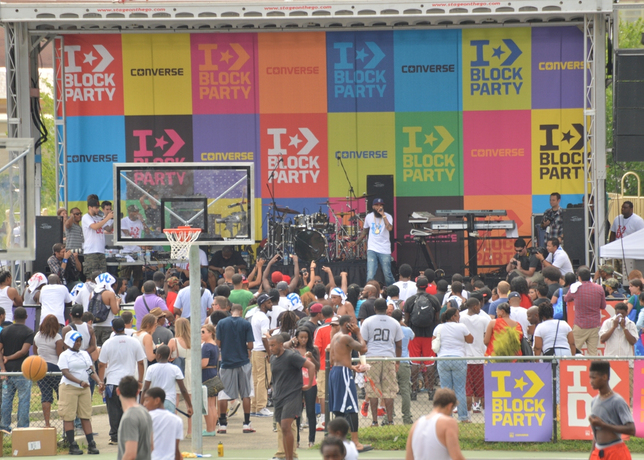 Converse is going all out for World Basketball Festival 2012, launching a limited edition line of Pro Leather kicks in six styles (highlighting cities around the world that will host WBF events) and hosting blcok parties across the globe. On Saturday, in anticipation of Team USA taking on Brazil in the nation’s capital, the Converse-hosted Block Party went down at Banneker Community Center in Washington D.C. to celebrate “local street culture, basketball, music, and art.” Among the activities available to the community, free of charge, were pickup basketball games, t-shirt customization, food from local vendors, and live music performances from artists like rapper Stalley and R&B singer The Dream.

WHAT:
To celebrate the launch of the newest Converse Pro Leather footwear collection, Converse will host Converse Block Party in partnership with Modell’s Sporting Goods in New York City. The event will feature live music performances, and attendees will have a chance to customize Converse t-shirts, sample local food and participate in pickup basketball games. In giving back to the local community, Converse will also refurbish the basketball court at Abraham Lincoln Park. Converse Block Party is a series of community events held in cities across the United States, including Washington, D.C, New York City, Philadelphia and Los Angeles, dedicated to celebrate local street culture, rooted in basketball, music and art in conjunction with the launch of the Pro Leather. The Converse Pro Leather is available for a suggested retail price of $65-$75 at Modell’s Sporting Goods. For more information, visit www.Converse.com. 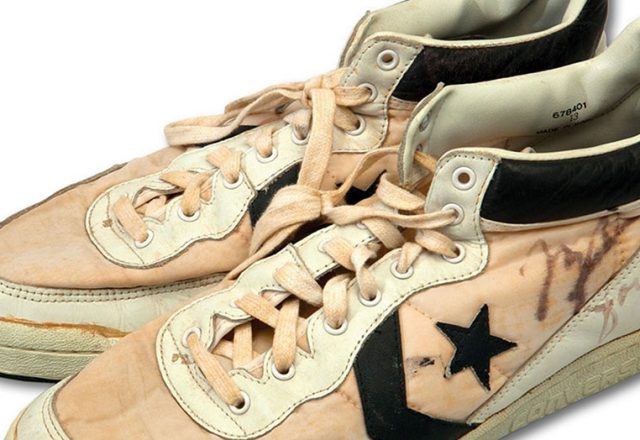