Brett Brown: ‘We Aren’t Happy with the Moment’ 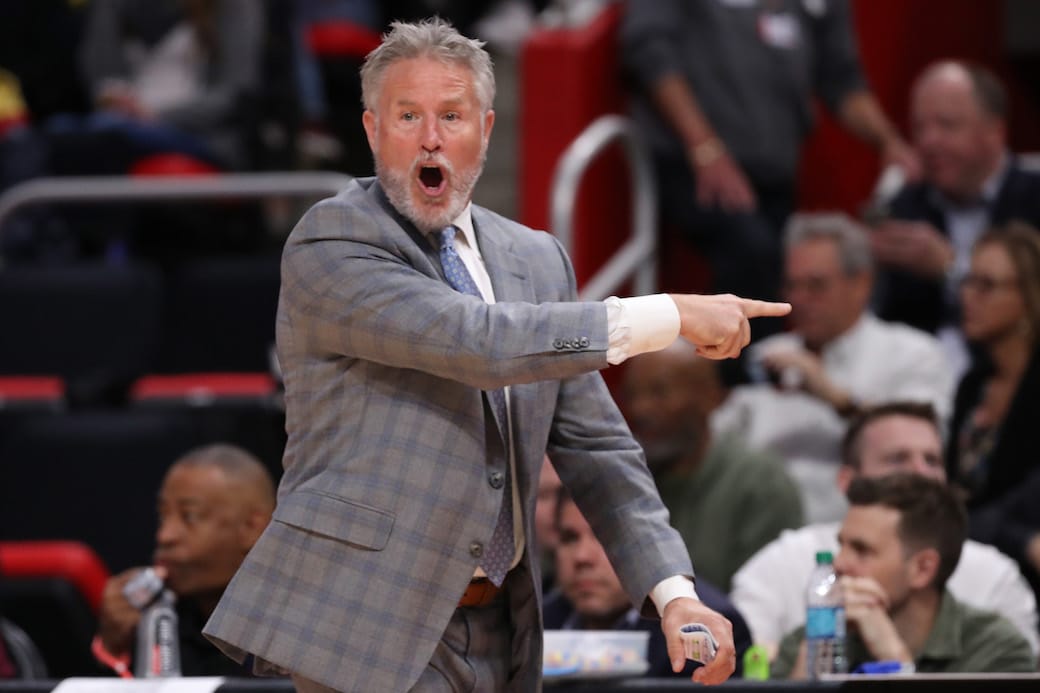 Sixers coach Brett Brown has expressed his frustration with his team after some tough losses this season. The Sixers are 6-5 and lost to the Nets, 122-97, in Brooklyn on Sunday, falling to 0-5 on the road.

One could argue this is the worst time for the 76ers to visit the Indiana Pacers at Bankers Life Fieldhouse.

But coach Brett Brown and All-Star center Joel Embiid say the opposite.

“To be able to reload against one of the big boys in the East, it’s a good compass, a good litmus test to figure out who we are, where we are,” Brown said. “We aren’t happy with the moment. … But it’s as good to give us life as anything.”

Joel Embiid, who’s averaging 28.4 points and 12.6 rebounds per game, knows the team has to play to its full potential in order to get a road win before hosting the Hornets on Friday.

“They are a tough team,” Embiid said of the Pacers. “They are a playoff team. So we got to play better than [in Sunday’s loss].”

Philadelphia faces the Pacers (7-4) at Bankers Life Fieldhouse at 8 p.m. EST on ESPN.

RELATED
Sixers Coach Brett Brown: ‘We Want to Play in the NBA Finals’