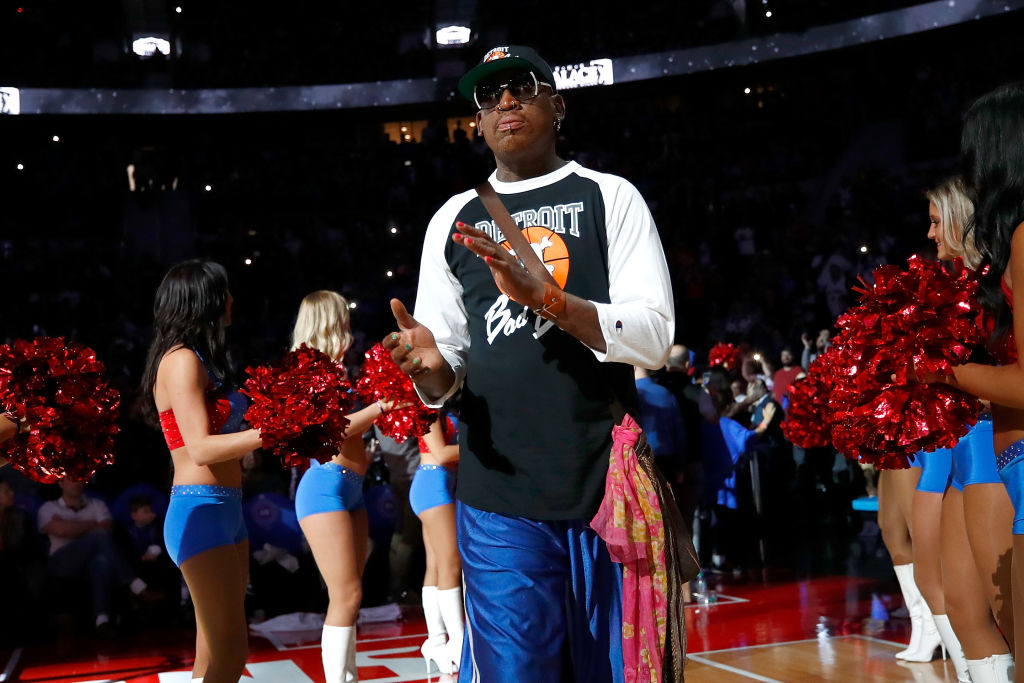 NBA Hall of Famer Dennis Rodman is on a flight back to North Korea.

The Worm has visited the country at least four times.

Rodman is arriving in North Korea at a time of heightened tensions between Washington and Pyongyang.

It’s unclear what the purpose of Rodman’s visit to the secretive country could be, but the eccentric former basketball player — and a former contestant on Donald Trump’s pre-presidency reality TV show “Celebrity Apprentice” — is one of the only Americans to have met current North Korean Supreme Leader Kim Jong Un.

When asked in Pyongyang, unnamed North Korean officials confirmed that Rodman is expected to arrive in Pyongyang Tuesday. They gave no further details.

A senior US official said the State Department was aware Rodman was planning to travel to North Korea, but stressed he is not there in any official capacity.