Dwyane Wade is the undisputed forefather of the style movement that has taken control of the NBA. 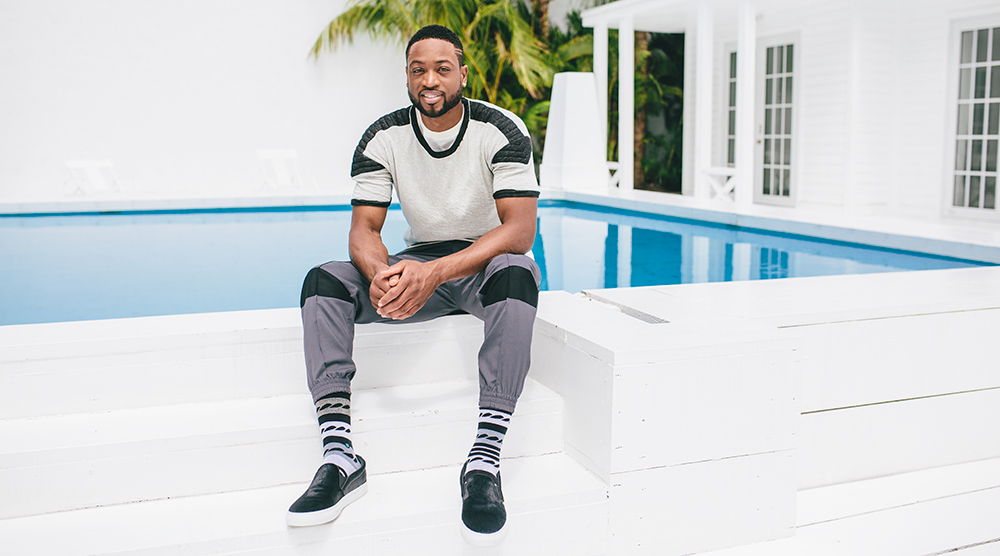 It’s hard to pinpoint the exact moment it happened, but at some point during the late ’00s, years after David Stern instated an NBA dress code and years before the bowels of arenas evolved into pro-athlete runways, Dwyane Wade established himself as the undeniable leader of the style movement that’s dominated the League through the past half-dozen or so years.

If you had to zero in on a time, though, you could do worse than the ’08-09 season, specifically All-Star Weekend of ’09, when Wade sported a bow tie above a yellow cardigan on Friday night, then bright red-rimmed glasses on Saturday. These outlandish outfits, as it turned out, weren’t some random coincidence—at the time, Wade’s Miami Heat were painfully average (with a 28-24 record in an Eastern Conference that was strong up top but lacked any depth whatsoever), and the loud fashion decisions were made simply to avert attention from that reality.

“I started working with a stylist at a time when I was just coming back from surgeries and the Heat was having the worst season,” Wade says. “She presented the idea of using my personal style to distract the media from the terrible record we had going into All-Star 2009. I loved the idea of being able to express myself through my fashion while still [complying with the] dress code.”

Since then, we’ve seen all sorts of sartorial statements from the Miami guard: flip-up sunglasses, skin-tight pants, a Versace jumpsuit with a v-neck open down into his abs. “#Ifyoucantpullitoffyouwontunderstandit,” he hashtagged the Instagram post containing that much-parodied v-neck ’fit. Most can’t, and so most didn’t.

Fact is, whether it was a personal choice to target the pages of Vogue and Esquire or just a stylist with an idea aimed to turn eyes away from a painfully average basketball team, Wade has led the charge of athletes who focus equally on playing their best as they do looking their best.

The aforementioned stylist who pushed Wade into this realm is Calyann Barnett. Barnett began as a stylist for musical artists, eventually realizing that NBA athletes are fashion superstars in their own right. She started working with Wade in late 2006, originally planning looks for him by herself until years later when the 11-time All-Star became legitimately interested in style. Their relationship then transformed into more of a collaboration.

“Dwyane understands that his brand is bigger than basketball,” Barnett says. “When the season ends, the real work starts to maintain the brand. He also knows that the most important article you can put on is confidence.”

“We realized [Wade] was setting trends when his wardrobe was making headlines—good and bad,” says Lisa Joseph, Wade’s business manager. “The pink pants, the Versace jacket—there’s been some classics.”

In 2011, Wade visited Milan and Paris for Fashion Week, and from there, it was official: Dwyane Wade was the international face of NBA style. He sat front row at a Versace show—“It was like sitting courtside at a game,” he says. “It was like the fashion playoffs”—where the fact that he could make a real dent in this new world truly clicked. If All-Star 2009 was the unofficial beginning of the movement, Milan Fashion Week ’11 was when the concept of athletes having a secure place in the fashion industry evolved from cute trend to statement of fact.

Nowadays, Russell Westbrook’s shirts regularly become trending topics, Stephen Curry is the face of EXPRESS and LeBron James seems to own a second home in the pages of GQ. But it was undoubtedly Wade who cleared the path—runway, if you will—that so many NBAers currently strut on.

“It feels awesome to know I was the catalyst for changing the face of NBA fashion and ultimately how marketing dollars are allocated to athletes,” Wade says. “Big fashion houses are now looking to the athlete to collaborate with.”

As are sock brands.

Always a colorful sock wearer, Wade was approached by Stance years ago to get involved with the company and design his own line. He accepted, though the first few months together were not without hiccups. “I vetoed the first designs because they were all stripes,” Wade declares. “I wanted socks that made a statement.”

Wade was the first NBA player the brand signed. He’s very involved with the design of his line, evidenced by the mood boards he and Barnett send to the brand’s creatives every season. As of this writing, 34 different styles are available in the “Dwyane Wade” section of stance.com—and he says a luxury dress sock is up next. Stance has since added Chandler Parsons, Andre Drummond, Klay Thompson, James Harden and Allen Iverson to their roster.

“My sock line has been extremely successful because it’s a true expression and everyone from 10-year-old kids to 60-year-old surgeons,” he says. Wait. What? “True story, a friend of mine sends me pictures of her dad and all his 60-year-old surgeon friends wearing my socks.”

Maybe Father Time can be defeated after all.

Here’s how the Stance x NBA deal came together.
Learn about the technology behind Stance’s official NBA socks.
Stance assembled an eclectic team of NBAers to rep the up-and-coming sock brand.