Isaiah Thomas: Brad Stevens Is ‘By Far The Best Coach In The NBA’ 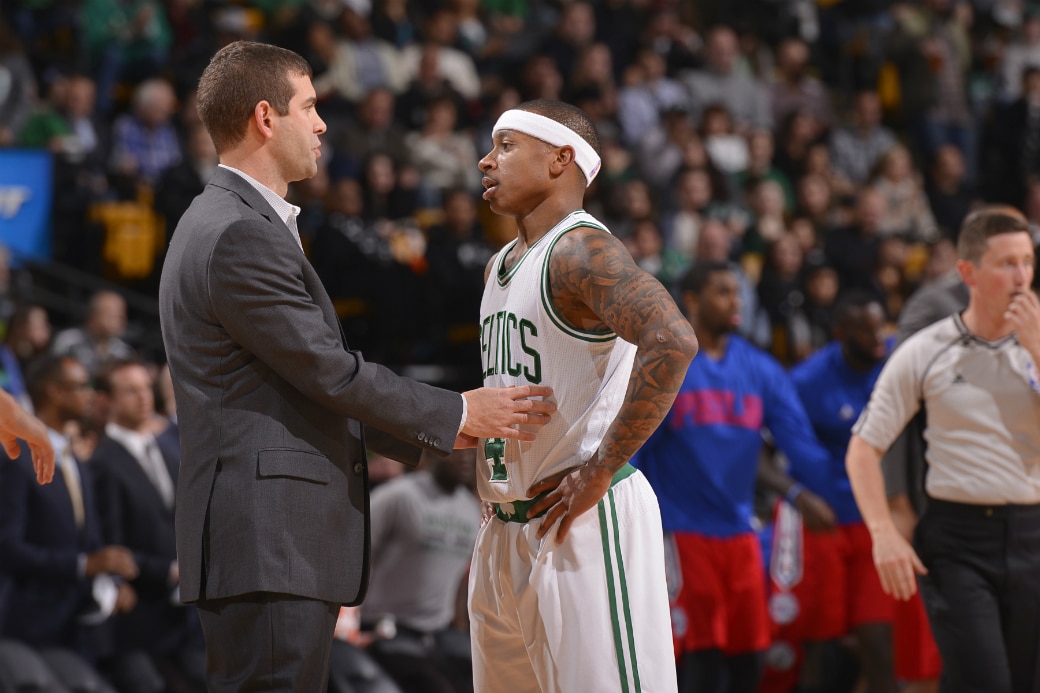 Eight people received votes for the National Basketball Coaches Association’s COY award, according to a report from Marc Stein of the New York Times.

Brad Stevens was shockingly not one of them.

Isaiah Thomas, who played under Stevens in Boston from 2014-17, came to the defense of his former coach, calling him the best in the business by far.

No way in hell Brad Stevens doesn’t win Coach of the year. No disrespect to the other head coaches but He’s by far the best coach in the NBA

Stevens led the injury-plagued Celtics to a 55-27 regular season record and the No. 2 seed in the East. Boston currently has a 3-1 series lead over the Sixers, with a chance to advance to the conference Finals on Wednesday night.

RELATED
Marcus Morris: ‘I Wouldn’t Say a Damn Word if I Was Down 3-1’