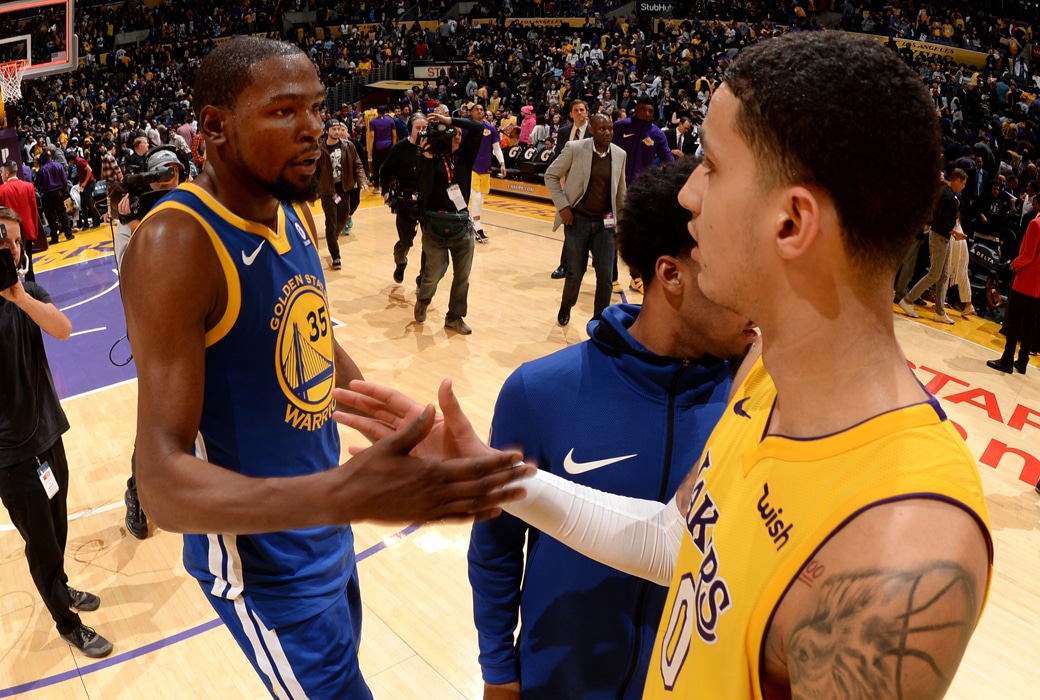 Worthy added that traditional bigs are “almost obsolete” because of their inability to guard players like Kuzma and Durant.

“There’s not even any bigs on the All-Star ballot anymore. You don’t see centers unless they can guard the three or shoot the three. You hardly see them in the fourth quarter. They’ve become almost obsolete.

“We have one that can hit the three, but you also have to go out and be able to guard Durant or Draymond Green. So it’s made the game change a little bit.

“Kuzma fits right in there. He can play two or three positions.”