Warriors Preference Is For Klay Thompson To Sit Game 3 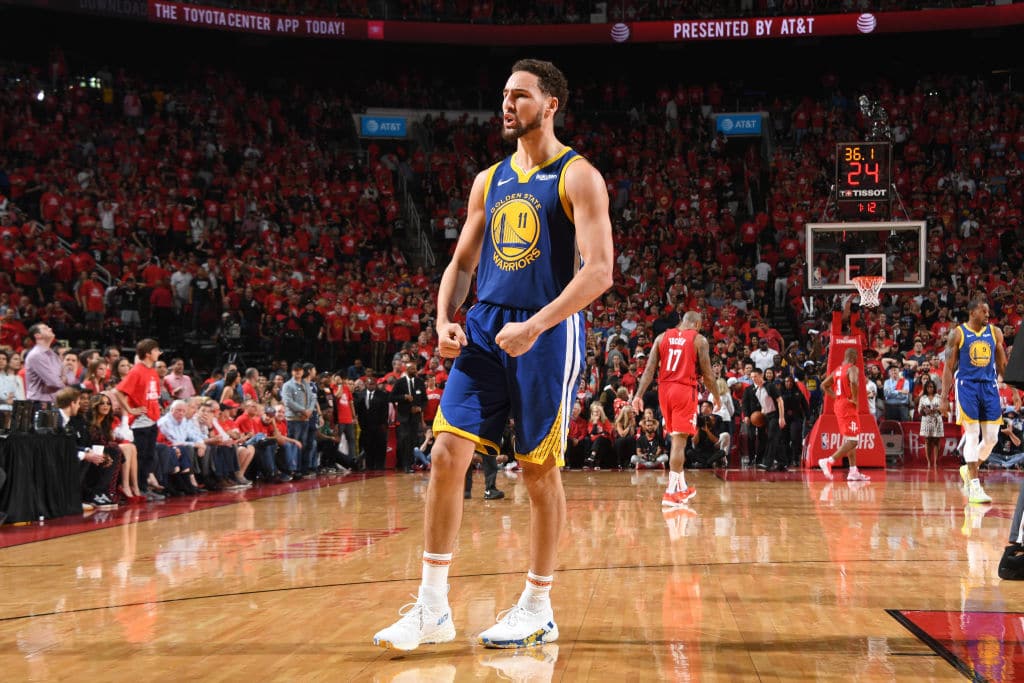 Update #1, 8:55 pm: Klay Thompson will not play in Game 3, Shams Charania of The Athletic reports.

The Golden State Warriors prefer to sit Klay Thompson for tonight’s NBA Finals matchup so that he can rest his strained hamstring, Adrian Wojnarowski of ESPN reports. The swingman tweaked the muscle in the team’s victory over the Toronto Raptors in Game 2 Sunday.

While Thompson is personally eager to play, it’s understandable that the team plagued by injuries all postseason would prefer to be cautious about their latest setback, especially tied 1-1 in their series.

Thompson is formally listed as questionable with a mild strain but said that he’d sit Game 3 if he experiences any pain with that muscle.

If Thompson sits, he’ll join Kevin Durant – who was formally ruled out for Game 3 yesterday – and Kevon Looney who was sidelined indefinitely with a collarbone fracture earlier this week.

Thompson has played in 120 consecutive games for the Warriors and is already the franchise’s leader in postseason appearances.

We’ll update this piece when an official decision is made regarding Thompson’s availability for the Game 3 tilt which tips off at 9:00 pm EST.