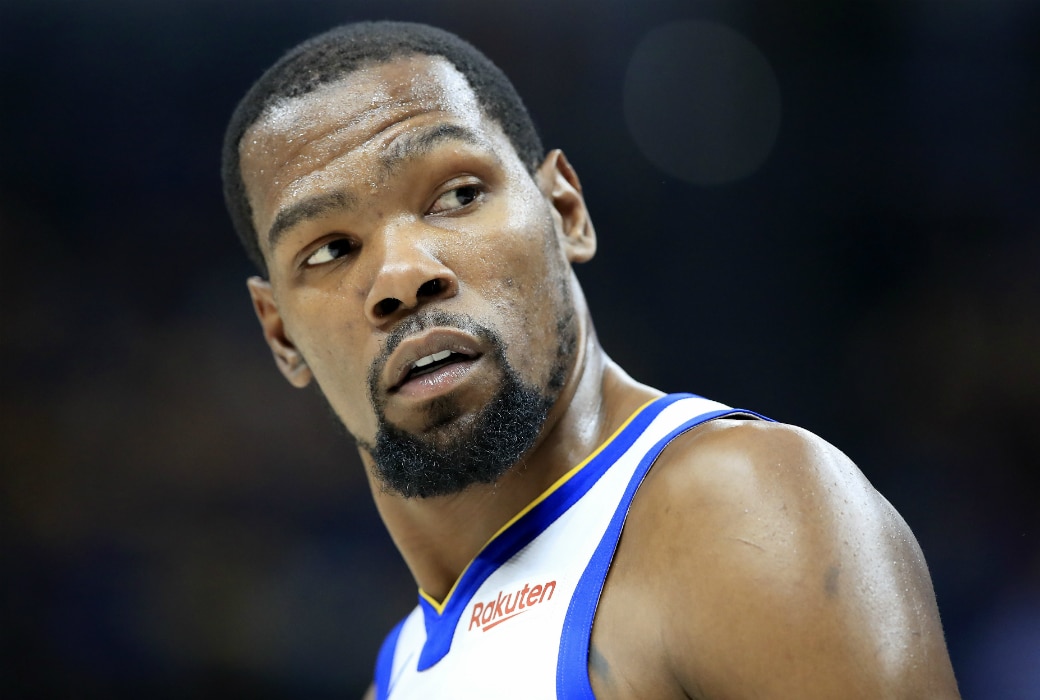 After trading away 7’3 Latvian star Kristaps Porzingis, the New York Knicks have their sights set on signing a big-ticket free agent this summer with their now League-leading $71 million in cap space.

According to The Athletic’s Sam Amick, the Knicks believe they have a very good chance at signing Warriors star Kevin Durant after his contract expires this summer.

The Knicks, who have been widely known to be targeting Durant for so long now and whose general manager (Scott Perry) was part of the Seattle SuperSonics front office team that drafted him out of Texas in 2007, must be very confident that they’re going to get the Golden State star. Some rival executives even reported that Knicks officials themselves have been expressing a very high level of optimism on this front.

Amick also reports that the Knicks are expected to offer KD’s agent and business partner Rich Kleiman—who has not so subtly expressed his desire to run the Knicks—a role in the front office as part of their recruiting pitch to lure KD to NYC.

Imma run the Knicks one day

If all that wasn’t enough NBA gossip in one sitting, Amick also hinted that the possibility of the Knicks landing KD “could spell trouble for Boston’s chances of holding onto [Kyrie] Irving.”

The Porzingis bomb was a huge domino to fall, but there could be many more on the way.