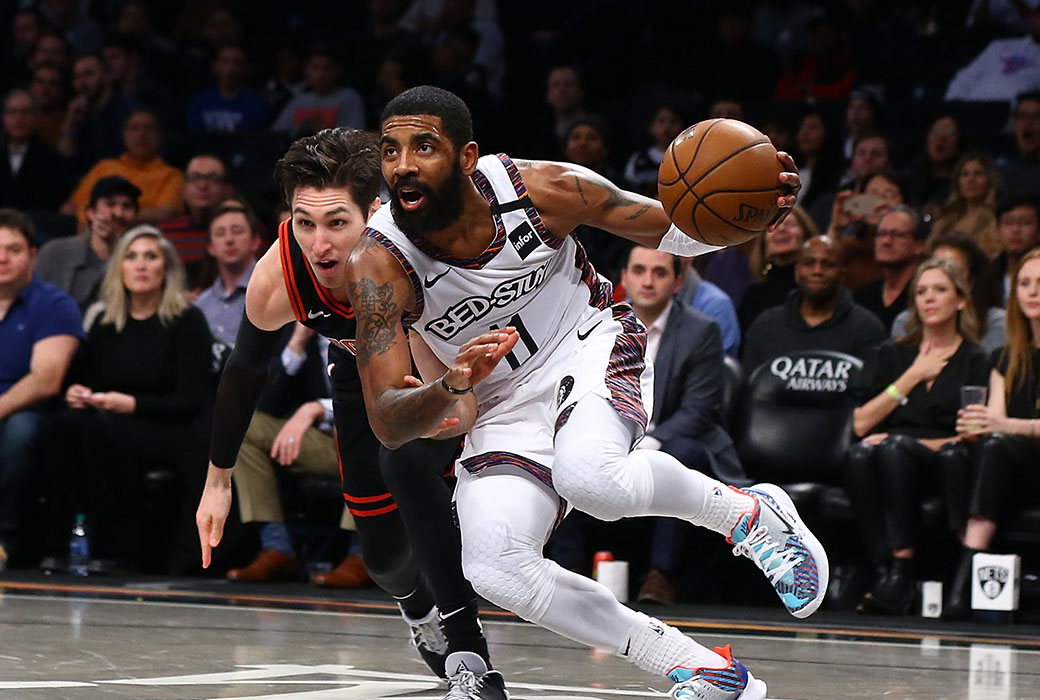 On a Zoom conference call that included more than 80 NBA and WNBA players on Friday, Kyrie Irving made a case for players to take a stand and sit out the season’s resumption in Orlando.

“I don’t support going into Orlando,” said Irving, per The Athletics‘ Shams Charania. “I’m not with the systematic racism and the bullshit. … Something smells a little fishy. Whether we want to admit it or not, we are targeted as black men every day we wake up.”

The call, which reportedly lasted 90-100 minutes, focused on “combating systemic racism, investing in black communities and sticking together through this process,” reports Yahoo’s Chris Haynes. Several players suggested that they’d be willing to sit out the remainder of the season, per ESPN’s Adrian Wojnarowski.

While Irving made it known he was against resuming the NBA season, he said he would travel to Orlando if the players agreed it was the right decision.

“If it’s worth the risk, then let’s go and do it,” said Irving, per Haynes. “But if you’re not with it, it’s OK, too. We’ve got options for both ways. Let’s just come to a middle ground as a family.”

According to Haynes, WNBA players on the call vowed to stand united with the NBA counterparts, as they prepare for a season tipoff in July.