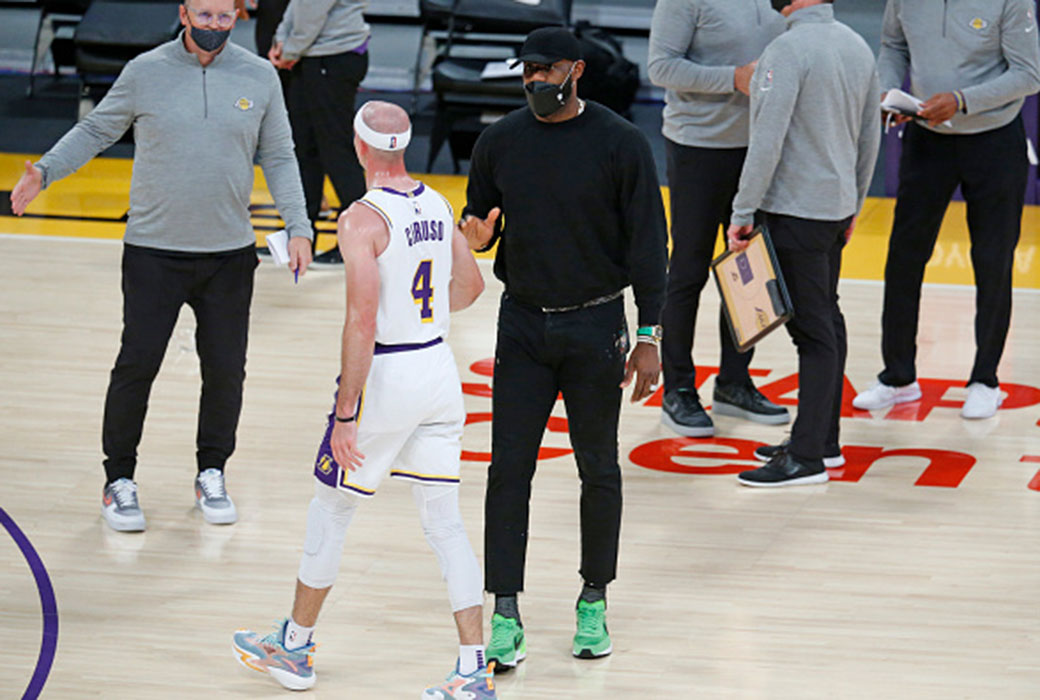 James injured his ankle in March against the Atlanta Hawks and missed 20 consecutive games, only to return on April 30 against the Sacramento Kings. While he suited up the following game against the Raptors, he reaggravated the injury and left midway through the fourth quarter. He has since then missed four straight games.

Yahoo Sports’ Chris Haynes reports that James, who is averaging 25.0 points, 7.9 boards, and 7.8 assists, has had “two really good days of workouts at a high level” and feels “great.”

Meanwhile, teammate Anthony Davis, who had a monster 42-point performance in a 123-110 win over the Phoenix Suns on Sunday, also reiterated that, from his perspective, James will be “fine.”

“He’ll be fine, trust me,” Davis told reporters after the game. “He’s been in this game long enough. Obviously, haven’t missed a ton of games but he’s been in this league long enough to be able to come back and lock in and do what he got to do to help the team.”

The Lakers, who have fallen to the 7th seed in the Western Conference, will surely look forward to James’ return. While the team has been struggling with injuries throughout their roster Anthony is just as confident that, when healthy, the Lakers can pull through.