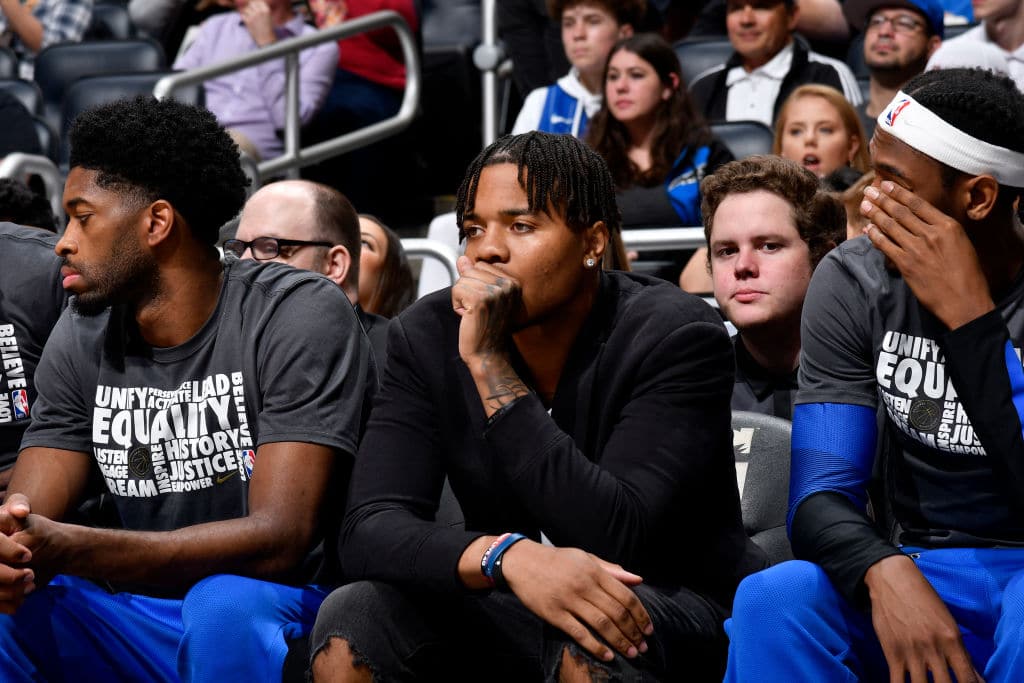 The Orlando Magic haven’t yet seen Markelle Fultz in action during the regular season but are pleased with what they’ve seen out of the 21-year-old so far this offseason as he recovers from a neck and shoulder injury that cost him much of the 2018-19 campaign.

Magic president of basketball operations Jeff Weltman recently told the media that Fultz is already in Orlando working out with team staff.

“He’s committed, he’s two feet in,” Weltman said. “I won’t drill down on details but he continues to make progress and he’s here with our coaches. We’re very excited about where he is right now.”

Fultz has played just 35 games over the course of his two years in the league and hasn’t dressed since the Sixers team that drafted him first overall in 2017 shipped him to Orlando for Jonathon Simmons and a pair of picks.

While there’s no consensus over how much of Fultz’s struggles can be contributed to the thoracic outlet syndrome that he was diagnosed with last December, he began to show an improved range of motion over the course of the first few months of his rehab.

Fultz will have an excellent opportunity to recover out of the spotlight that shone so brightly on him during his stay with the Sixers. We wrote last month about Fultz’s optimism playing in Orlando’s system when finally healthy.