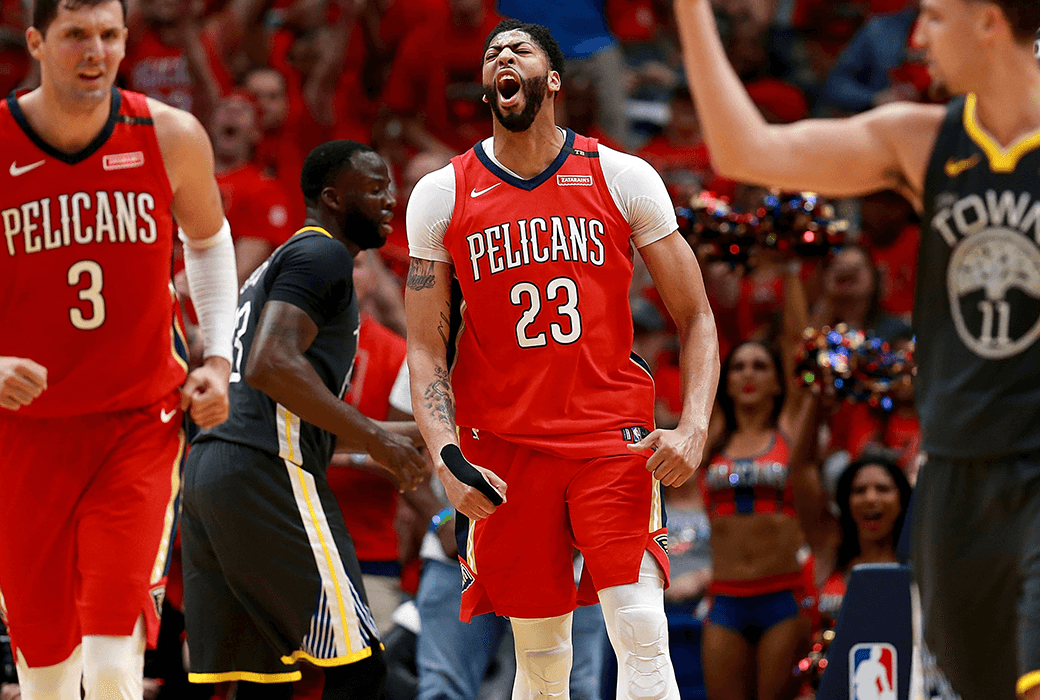 The series flipped back to The Big Easy and the hometown Pelicans didn’t disappoint. New Orleans rolled out to a nine-point first quarter lead and didn’t look back as Rajon Rondo recorded the first 20-assist playoff game since 2011 with 21 assists, four points and 10 rebounds.

Anthony Davis got off to a slow start, but bounced back to keep the Warriors at bay with 33 points, 18 boards, three assists and four steals. Ian Clark scored 18 points in 22 minutes against his former club to lead the Pelicans’ bench unit.

Draymond Green and Rondo continued to get chippy with each other, but Green insisted after the game that he’s not the instigator this time around.

Jrue Holiday out here to catch BODIES 💀 (via @nba) pic.twitter.com/oc5x9AeIwQ

Joe Ingles hit a 3-pointer from the logo to open the night, but the Rockets made it clear that game two’s outburst wasn’t going to happen again by responding with a 37-13 first quarter run. Houston put the clamps on Ingles and rookie phenom Donovan Mitchell as the duo combined to shoot just 6-for-26 from the field.

James Harden and Eric Gordon each led the Rockets with 25 points apiece.

Things didn’t get much better for the Jazz after the first quarter as the deficit stretched to 30 by the halftime intermission.