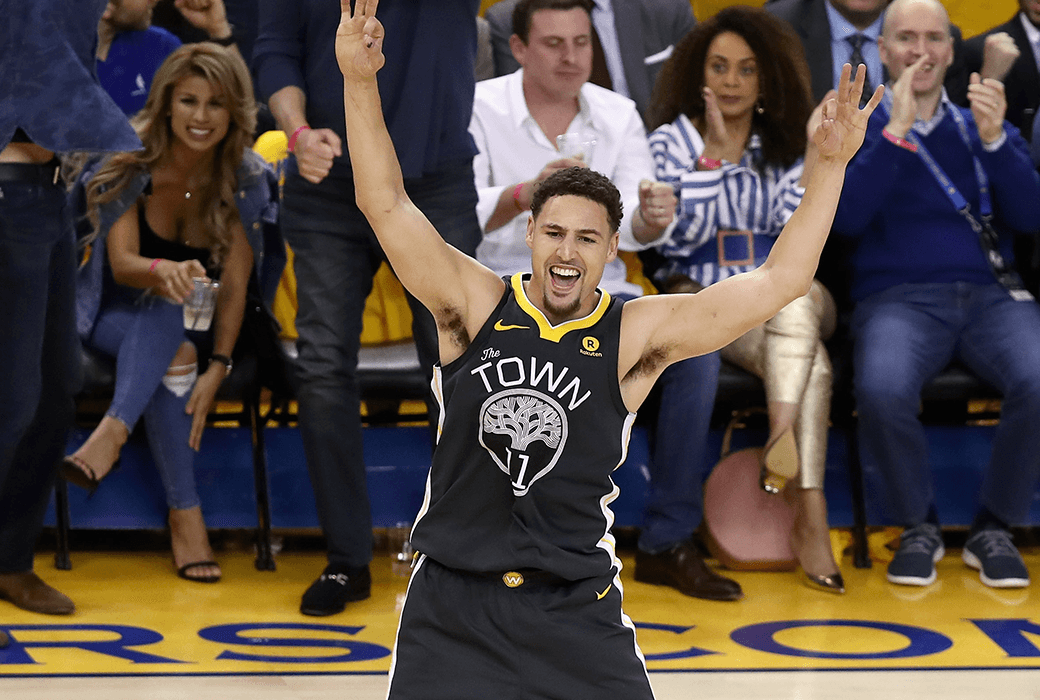 Dwyane Wade knocked down his first seven shots en route to a 21-point first half that saw Miami head into the intermission on a 36-13 run.

The 76ers cut the deficit down to two with just over four minutes to go, but Wade sparked another Heat run with a steal and slam in transition. Wade brought his scoring total to a season-high 28 when he nailed a stepback dagger in the final minute. Goran Dragic added 20 points on 8-for-14 shooting.

Ben Simmons continued his poised play at the point, finishing the night with 24 points, nine rebounds, eight assists and two blocks. Joel Embiid sat out again with a orbital fracture but immediately took to his Instagram story after the game to let it be known he’s “tired of being babied.”

Golden State Warriors coach Steve Kerr said the Spurs “punched us in the mouth” in the first half; however, whatever Kerr told his team during the intermission flipped the script. Trailing by six entering halftime, the Warriors shot an onslaught of 3s in the second half en route to 69 points.

Klay Thompson was a key catalyst, scoring 16 of his 31 points in the final period. Thompson finished the night 12-for-20 from the field, bringing his series total to 23-for-33 overall and 10-for-14 from behind the arc. Kevin Durant added 32 points, six rebounds and six assists.

LaMarcus Aldridge’s strong play continued for the Spurs as he led all players with 34 points and 12 rebounds. The rest of the team struggled shooting, finishing the night just a paltry 14.3 percent from behind the arc and 41.2 percent from the field.

16 and counting in the fourth for Klay Thompson.

Game 3 heads back to San Antonio, where the Spurs have won 11 straight.