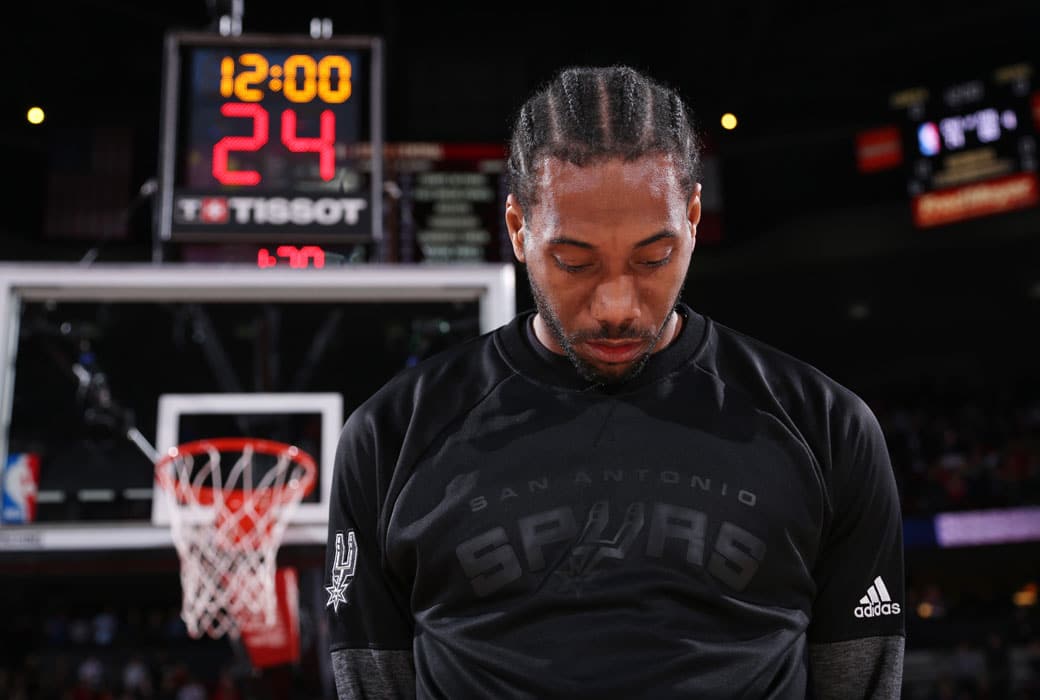 Add the Cavaliers to the list of teams inquiring about superstar forward Kawhi Leonard, who reportedly wants out of San Antonio.

According to Terry Pluto of The Plain Dealer, the Cavs are “making calls” about Kawhi, though it’s hard to envision how a deal gets done:

The Cavs are one of several teams making calls to San Antonio about Kawhi Leonard. It’s hard to see how they can work a deal for Leonard, who has only one year left on his contract.

Kevin Love has a $24 million deal for 2018-19 and a $25 million player option for 2019-20. That could make him attractive in a trade. But I’m not sure a Leonard/Love deal would have much interest to the Spurs, who would want multiple assets.

Leonard apparently is not concerned about missing out on a five-year, $219 million contract extension and prefers to be traded to the Los Angeles Lakers.