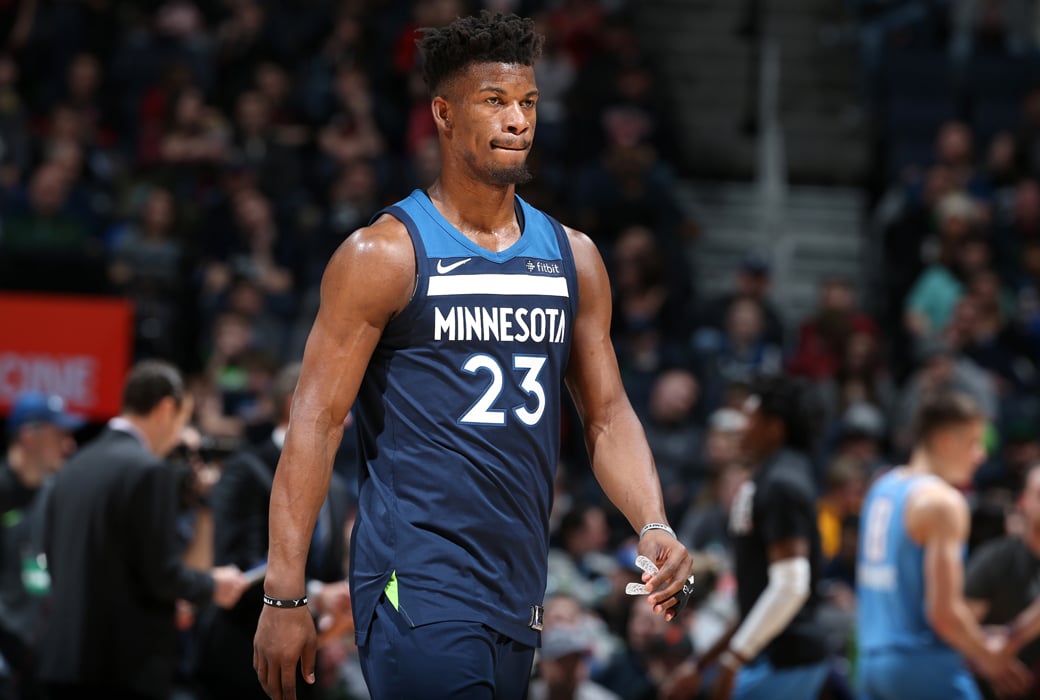 Timberwolves All-Star Jimmy Butler met with president/coach Tom Thibodeau on Monday to reiterate his desire to be traded, per Shams Charania and Jon Krawczynski of The Athletic.

Butler returned to Minnesota for the meeting, having been away from the team amid the preseason.

Jimmy Butler has returned to Minnesota, and in a meeting with Tom Thibodeau on Monday, reiterated his desire to be traded, league sources tell me and @ShamsCharania

Butler had been away from the team while the Wolves were on the West Coast, and was still not in town when they returned last week. As trade talks have slowed, there is still no change in his desire to move.

According to a previous report, a potential deal that would’ve sent Butler to Miami “fell apart” over the weekend after the Wolves pushed for more.

Butler has said that he does not intend to miss action if he is not traded, and Minnesota is apparently preparing to start the season with him on the roster:

RELATED
‘It Was Like a Right Hook’: Jimmy Butler’s Teammates Surprised By Trade Demand