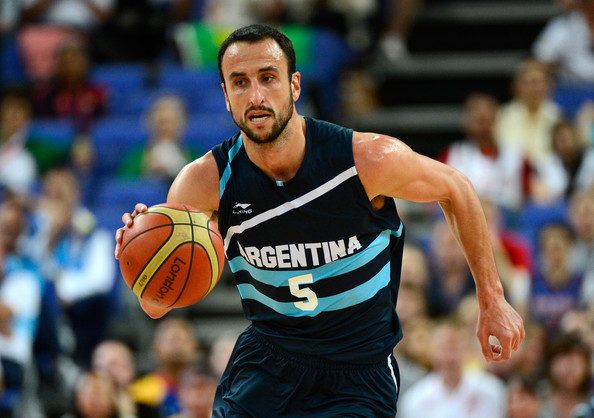 Citing injury concerns, the San Antonio Spurs have reportedly denied Manu Ginobili permission to play for Argentina at the FIBA World Cup of Basketball in Spain next month. Per the Express-News:

Spurs sent @manuginobili a letter — citing stress fracture and recovery time, they will not grant him permission to play @FIBA. #Spurs

Spurs general manager R.C. Buford cited an eight-week recovery span for the stress fracture in Ginobili’s lower right fibula, which was discovered during exit physicals after the team crushed Miami in the Finals to clinch their fifth championship. With the Spurs playing their last game on June 15, that would have come perilously close to the start of the World Cup, which runs from Aug. 30 through Sept 14 in Spain.

Ginobili, who turned 37 on Monday, was re-examined in Argentina last week, with national team doctor Diego Grippo noting improvement but describing the results as “inconclusive.”

It promises to be a bitter pill to swallow for Ginobili. He has been a member of Argentina’s senior team since 1998, four years before he joined the Spurs as a 25-year-old rookie in 2002. Some of his greatest moments have come as a member of Argentina’s so-called “Golden Generation” alongside the likes of Luis Scola and Andres Nocioni, including upsetting the United States en route to the gold medal at the 2004 Olympic Games in Athens.