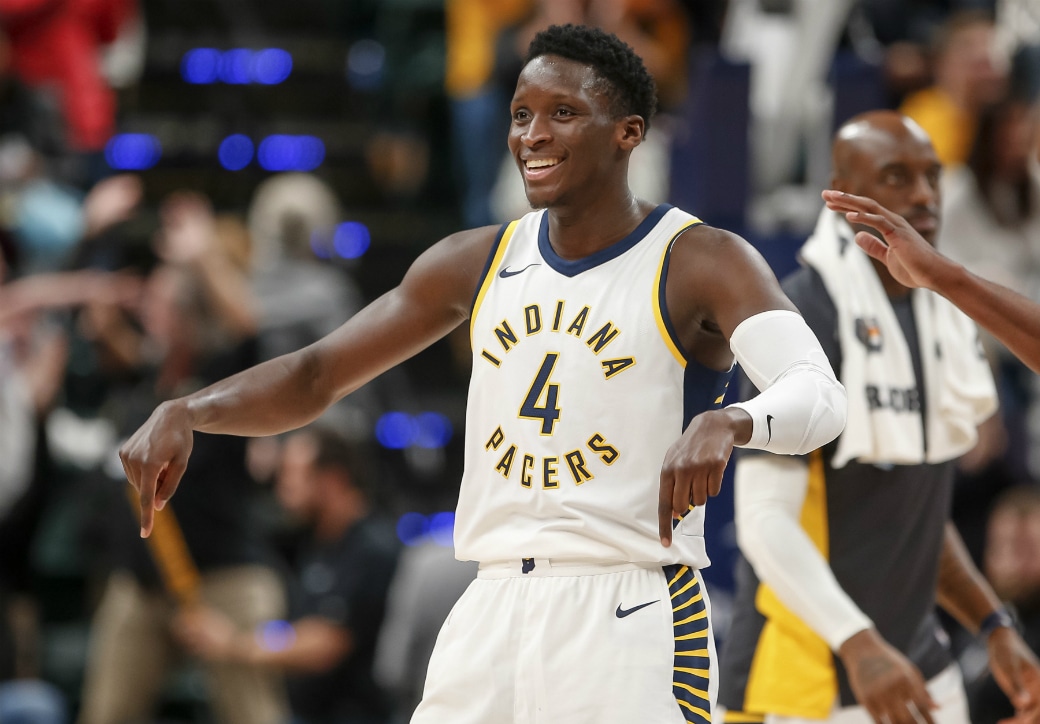 With the start of free agency (July 1) nearing, Indiana Pacers All-Star, and the 2018 Most Improved Player, Victor Oladipo made his recruiting pitch during a press conference on Wednesday:

The biggest thing I tell guys who might ask is: We’ve created a different type of culture here. Positive, feathery vibes only. I think that’s unique. I’ve never been a part of a team like that or an organization like that. I’m talking about, it’s positive from the bottom up. That’s the culture. That’s what you want to be a part of.

If [free agents] want to come be a part of something bigger than themselves, come to Indiana.

Indiana went 48-34 in 2017-18 and pushed the Cavaliers to a Game 7 in the first round of the playoffs. The team is reportedly declining Lance Stephenson’s $4.3 million option for next season.