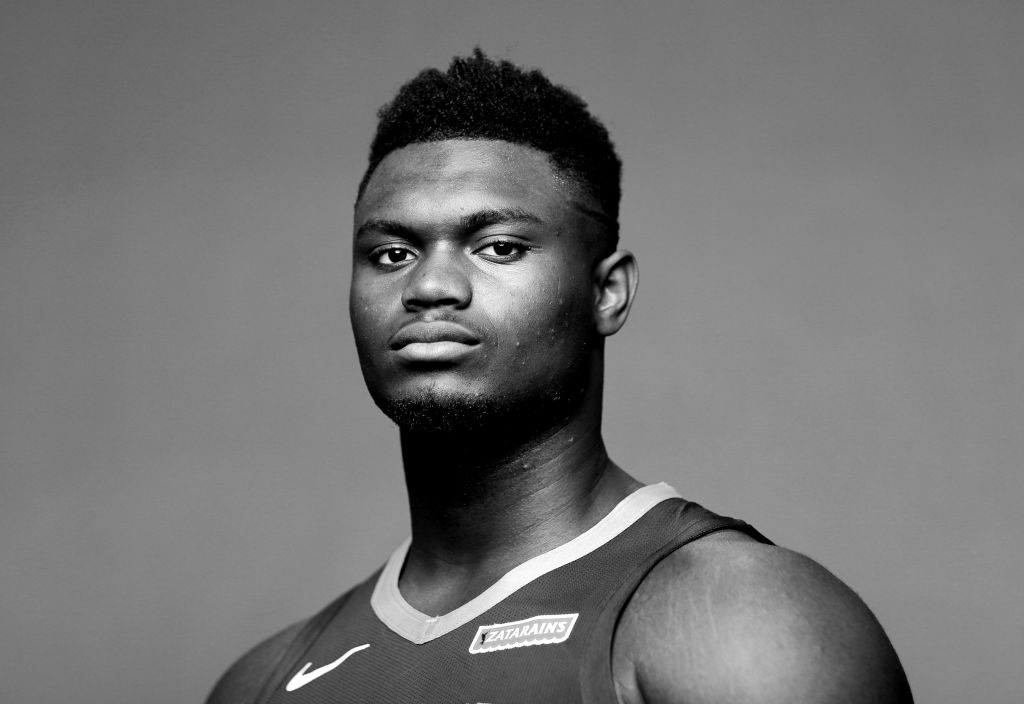 In just over 24 hours, the No. 1 overall pick in the 2020 NBA Draft will make his regular season debut for a franchise that’s been through a lot this year. He’ll take the court alongside rapidly improving teammates that have won 11 of their previous 16 games.

“It’s just basketball,” Zion Williamson told ESPN’s Andrew Lopez. “This is what I’ve been doing since I was 4.“

He’s not wrong. For years Williamson has been wreaking havoc on his opponents and for nearly as long, fans and the media have been fixated.

Williamson made the cover of SLAM Magazine as a 16-year-old thanks in no small part to the fact that he terrorizes the basketball court like the Patrick Ewing Monstar in Space Jam.

Williamson wrote SLAM’s high school diary in 2017-18, went away to play college basketball at Duke, nearly precipitated the real-time implosion of NCAA basketball in front of none other than Barack Obama, got drafted with the top pick in the 2019 No. 1 NBA Draft and is now here, speaking about his regular season debut on the eve of his arrival.

The fact that we’re talking about Williamson’s debut in January, of course, stands out. After several preseason contests’ worth of brilliance in October, it became clear that a knee injury that required rehabilitation would sideline the standout rookie for an ambiguous amount of time.

Williamson’s rehabilitation stretched from an initial return timeline of six-to-eight weeks all the way to the three month hiatus that it ended up being. In the meantime, Williamson has remained a major part of the NBA narrative despite never having actually played when it matters.

In November, Reggie Miller riffed that Williamson could miss the entire 2019-20 campaign on live television and was immediately correct by a ‘little birdy’ that understood differently. Earlier this month the 19-year-old’s absence was at least partially credited with the ratings drop impacting the league at large.

Williamson will remain in the spotlight for the remainder of the 2019-20 campaign and much will be written about his integration into a Pelicans offense that has started to show promise after a miserable 13-game losing streak.

At the halfway point of the season, the Pels are just three games behind the No. 8 seed in the West. With or without Williamson, the crew assembled by first year executive David Griffin is proving that they’re as intriguing as many wondered in the summer.

Free here on out, with the uncertainty surrounding Williamson’s absence now all but vanquished, it’s just basketball.