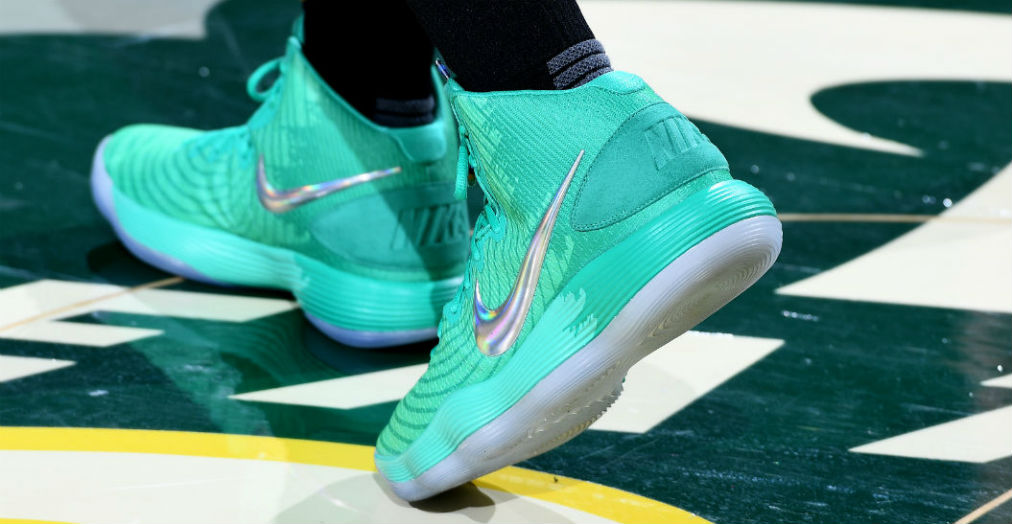 Nike and adidas made sure to show out at yesterday’s WNBA All-Star Game. Across the board, both brands made statements with exclusive PEs.

Legends like Sue Bird, Candace Parker, Diana Taurasi and Maya Moore all played in orange-themed kicks. Bird was laced in the Kyrie 3, her go-to sneaker, while Taurasi and Moore, the game’s MVP, each played in the LeBron 14 and the Air Jordan XXXI. Parker was given a new Crazy Explosive 17 colorway, which had “2017 All-Star” on the back collar.

Their West squad came away with the 130-121 win, edging out a young East team that featured the debut of new Nike ‘ways. Elizabeth Williams rocked a never-before-seen Hyperdunk 2017 edition with a reflective silver Swoosh. Tina Charles, Allie Quigley and Layshia Clarendon played in the same colorway as Williams, but they were wearing the Kyrie 3. Sugar Rodgers stood out with a new Soldier 11 joint.

Other notable sneaker sightings came from two of the West’s point guards. Skylar Diggins-Smith and Chelsea Gray repped the Three Stripes, in the Crazy Explosive Low and the Harden Vol. 1, respectively. Jasmine Thomas, Stefanie Dolson and Candice Dupree each took the floor in the Kobe AD.

Scroll through the gallery above to see the kicks in action.