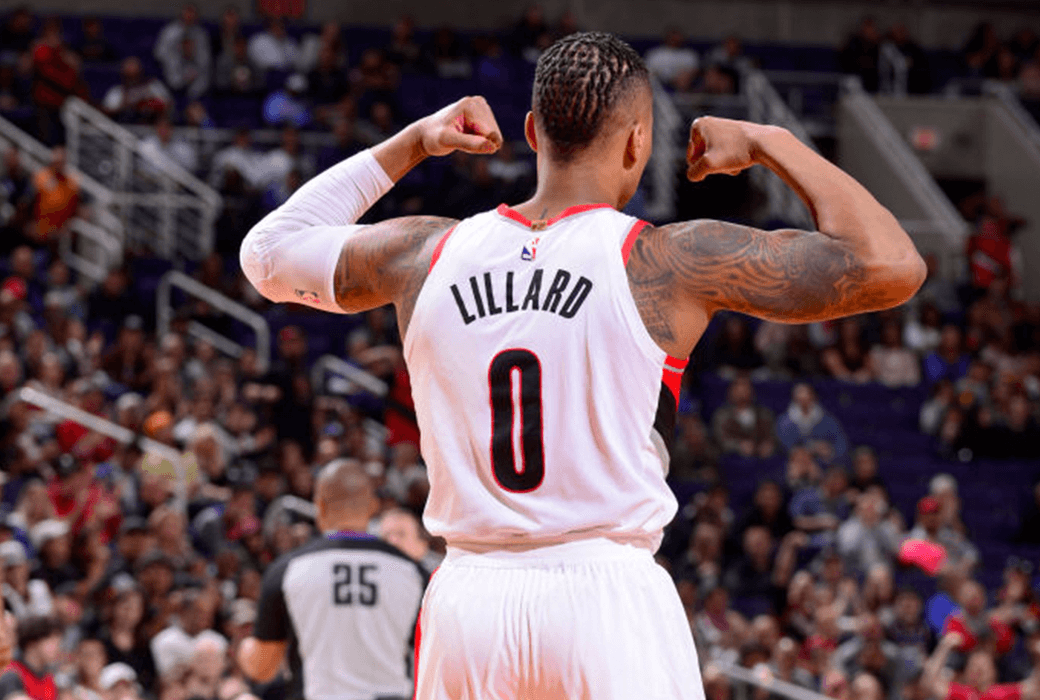 New addition Marco Belinelli was a spark plug off the bench as the Sixers ran out to an 18-point halftime lead. Joel Embiid led all players with 28 points and 14 rebounds.

Trey Burke dropped his second straight 26-point game, but it wasn’t enough as Kyrie Irving led the Celtics with 31 points, nine rebounds and eight assists as he put on a show in the arena he grew up just half an hour away from. Jaylen Brown added 24 points on 10-of-17 shooting for the Celtics.

Kyrie makes getting buckets look so easy… (via @celtics) pic.twitter.com/sbdvC5akUY

Kyrie Irving with the KILLER crossover in MSG 😱 (via @TheRenderNBA) pic.twitter.com/3hR2CmIDMr

The 26-point advantage set the mark for Miami’s largest win of the season thus far as six players scored at least 13 points. Tyler Johnson led the way with 23 for the Heat and Andrew Harrison dropped 17 for the Grizzlies.

DWYANE WADE BUCKETS FOREVER (and ever and ever) 🤞🏽🤞🏽

BAM ADEBAYO HAS THEM CAROLINA KID HOPS 🐰 (via @nba) pic.twitter.com/M7Jnalb4HF

The Thunder led 59-58 with 7:18 to go in the third quarter, but an insane run jumpstarted by Nick Young (16 points in 18 minutes) kept Oklahoma City from earning its third win of the season against Golden State. Kevin Durant led the Warriors with 28 points against his former team while the Thunder’s “Big 3” of Russell Westbrook, Carmelo Anthony and Paul George shot just 11-of-46 from the field.

NBA Twitter was popping as Anthony got into small altercations with Durant and Green, Westbrook shoved Young and Zaza Pachulia dove on top of Westbrook’s knees.

There was question if the Timberwolves could still be a playoff team after Jimmy Butler’s meniscus injury, but if Saturday was any indication, Minnesota has a solid shot to stay competitive as five different players (Jamal Crawford, Taj Gibson, Andrew Wiggins, Karl-Anthony Towns and Jeff Teague) scored at least 19 points to thrash the Bulls. Zach LaVine scored 21 against his former team for Chicago.

It’s not uncommon to find the ball in Dame Lillard’s hands as the clock ticks down in the fourth quarter and Saturday was no different and Lillard delivered again, crossing up Elfrid Payton as he drove inside for the winning bucket right before the buzzer. Lillard finished with 23 points. Devin Booker led the Suns with 18.

DAME LILLARD FOR THE WIN ⌚️ (via @nba) pic.twitter.com/eRX0zxawJV

There may not be a hotter team in the NBA than the Jazz, who won the 12th game of its last 14. Rookie phenom and defending dunk contest champ Donovan Mitchell scored a team-high 25 points. Joe Ingles (12 points, eight assists) appeared in his 200th consecutive game, the third-longest active streak in the NBA.

It was a career night for Kentavious Caldwell-Pope as he hit eight 3s en route to a 34-point performance. Buddy Hield hit five 3s off the bench for the Kings.

Vince Carter has got to be the dopest 41-year-old in the 🌏 (via @nba) pic.twitter.com/f2PDifgYvw