Randy Foye, Dwyane Wade, DeMarcus Cousins and the Nuggets came up huge in the clutch. 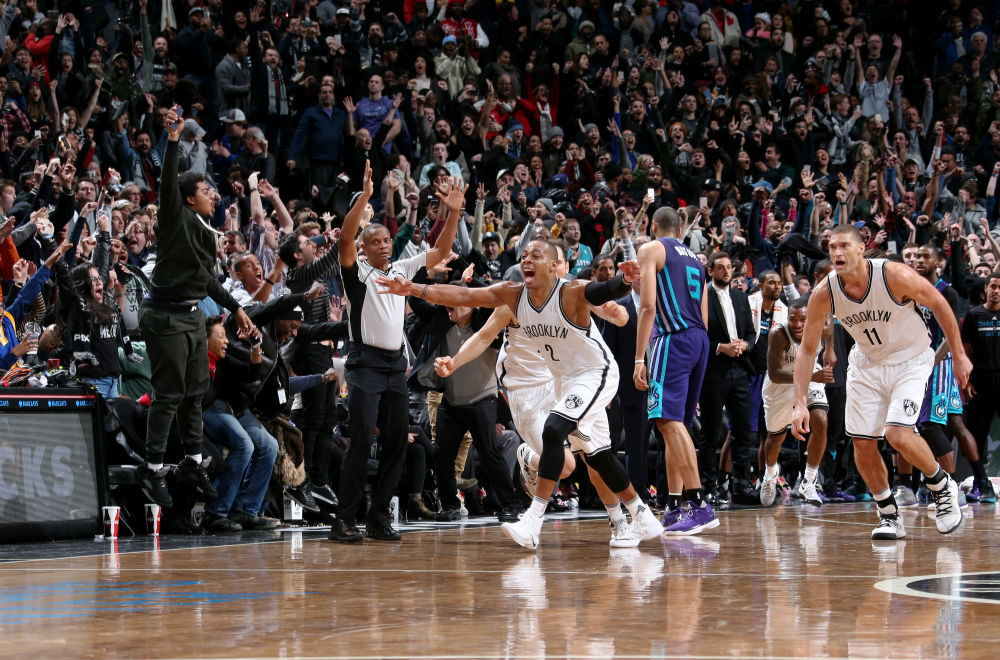 John Wall had a tough shooting night, going 8-19 for 18 points. But he was dishing with ease, ending up with 16 helpers. A whole bunch of those went to Otto Porter. Porter scored 32 on 13-18 shooting. He also grabbed 13 rebounds. With Bradley Beal’s 22 and Markieff Morris’ 18, the Wizards were able to outlast Giannis Antetokounmpo’s 22 points, 12 rebounds and 7 assists. The Wizards took a 99-98 lead with 3:10 left and held on from there.

Orlando led this game from start to end, commanding a 29-point lead. Aaron Gordon went off for 30 points and 4 three-balls, leading seven Magic players to score at least 10 points. They shot 50% from three and from the field. The game was pretty much over after Orlando jumped out to a 36-18 lead in the first. From there, they played a balanced team game and relied on one another to keep the Grizzlies from getting back in the game.

Randy Foye, man. With 2.3 seconds left in the game, Foye had 0 points. When the game ended, he had 3 points.

Randy Foye hits the buzzer-beater for the Nets! (via House of Highlights/IG) pic.twitter.com/IxF2AvIkOY

Before Foye’s game-winner, the Nets surrendered a 117-113 lead. Nic Batum hit a three and Cody Zeller cleaned up a Kemba Walker miss to give the Hornets the edge. Before that, Jeremy Lin went down with the same hamstring injury that forced him to miss 17 games earlier this season. Bojan Bogdanovic stepped up for 26 points and Brook Lopez’s 5 assists led the team.

Despite not having Lin, the Nets did a good job against Walker. He was 6-17, for 15 points and 6 assists. As has become standard, Batum played very well. He had 24 points, 5 rebounds, 5 assists and 3 steals and Michael Kidd-Gilchrist had 12 points and 10 rebounds. Charlotte had won three in a row before tonight.

LeBron James took the night off and so did the rest of the Cavs. As a team, the defending champs shot only 39% and had 21 turnovers. Detroit took full advantage. They stole the ball 12 times and out-assisted Cleveland, too. Andre Drummond had 11 points and 17 rebounds and Tobias Harris led all scorers with 21. Kentavious Caldwell-Pope chipped in 18 points. The Pistons were in front for the whole game.

Kyrie Irving had 18 points and 8 assists and Kevin Love had 17 points and 14 rebounds in the loss.

The quality of basketball in this one wasn’t great. Dudes mighta had a little bit too much to eat for Christmas. The teams shot a combined 40%, had 28 turnovers and made 15 three-pointers. Things picked up late, thankfully. The Bulls nearly gave up a 16-point lead when Paul George’s three-pointer with a minute left made it 86-85, still in favor of Chicago. Nikola Mirotic hit a bucket for two of his season-high 20 points and then Dwyane Wade decided he wanted to end the Bulls’ three-game losing streak.

Thanks to Anthony Davis’ 28 points and 16 rebounds, the Pels were able to survive Deron Williams, Wesley Matthews and a Mavs squad that just wouldn’t quit. It was a 95-94 game with 4:35 left. Davis scored six points and the Pelicans pulled away. Langston Galloway was 5-5 from outside, scoring 17 points to help ease the pressure off Davis. Jrue Holiday had 11 assists and 1 turnover.

For Dallas, Williams scored 24 points and had 9 assists, Matthews had 17 and Harrison Barnes had 15. Dirk Nowitzki played 16 minutes, scoring 10 points and handing out 4 assists.

Just another ho-hum night for James Harden and the Rockets. The Beard went off for 32 points and 12 assists and the Rockets led by as much as 34. They went 15-43 from outside and 24-30 from the free-throw line, including a pair of buckets from rookie Chinanu Onuaku.

10 assists from Ricky Rubio, 22 points from Karl-Anthony Towns, 21 from Andrew Wiggins and Zach LaVine and a season-high 15 made three-pointers propelled the Timberwolves past the Hawks. The young Wolves opened things up in the third after a 14-0 run. They kept scoring and were able to keep the Hawks to just 8-32 shooting from deep. Dwight Howard had a great game. He was 9-9 for 20 points, adding 12 rebounds. But Paul Millsap only had 7 points on 2-13 shooting and Dennis Schroder’s 4 assists led a squad that depends on ball movement.

The Blazers played really well without Damian Lillard (right ankle sprain). They hung close with the Raptors throughout the game, but Kyle Lowry’s 27 points were too much to overcome. Lowry led the Raptors to their franchise-best seventh consecutive road win and sent the Blazers to their sixth straight loss.

The game was within six points. There were nine ties and nine lead changes. Portland made three more field goals than Toronto, but the Raptors made four more three-pointers than the Blazers. We the North pulled away with free-throws. CJ McCollum had 29 points and 7 assists for Portland.

14 ties, 12 lead changes, as much as a 17-point lead for the Nuggets. This one came down to the wire. Led by Nikola Jokic getting b-b-buckets and Danilo Gallinari and Will Barton, Denver escaped with a quality road win—even though the Clippers were without Chris Paul, JJ Redick and Blake Griffin. Jokic had 24, including a bank shot from the left block and a three-ball from straight on late in the fourth. Gallo and Barton each added 23. The Clippers were paced by Jamal Crawford’s 24 points and 6 assists and Austin Rivers’ 19 points and 5 assists.

The battle between DeMarcus Cousins and Joel Embiid was fantastic. Kinfolk had 30 points, 7 rebounds, 5 assists, 3 steals and 2 blocks. The Process had 25 points, 8 rebounds, 8 turnovers, 2 steals and 2 blocks. They were going at it the whole night. But the veteran Cousins got the upper hand in their first meeting. He swished a go-ahead three with 20 seconds left and then blocked Embiid’s game-winning attempt from straightaway. Sac-Town’s now won four straight and sit in the 8th seed out West.

.@boogiecousins on @JoelEmbiid: "He got a great chance at being the best big in this League. After I retire." pic.twitter.com/QOe1hl3IcH