The son of the legendary Syracuse coach has deep range. 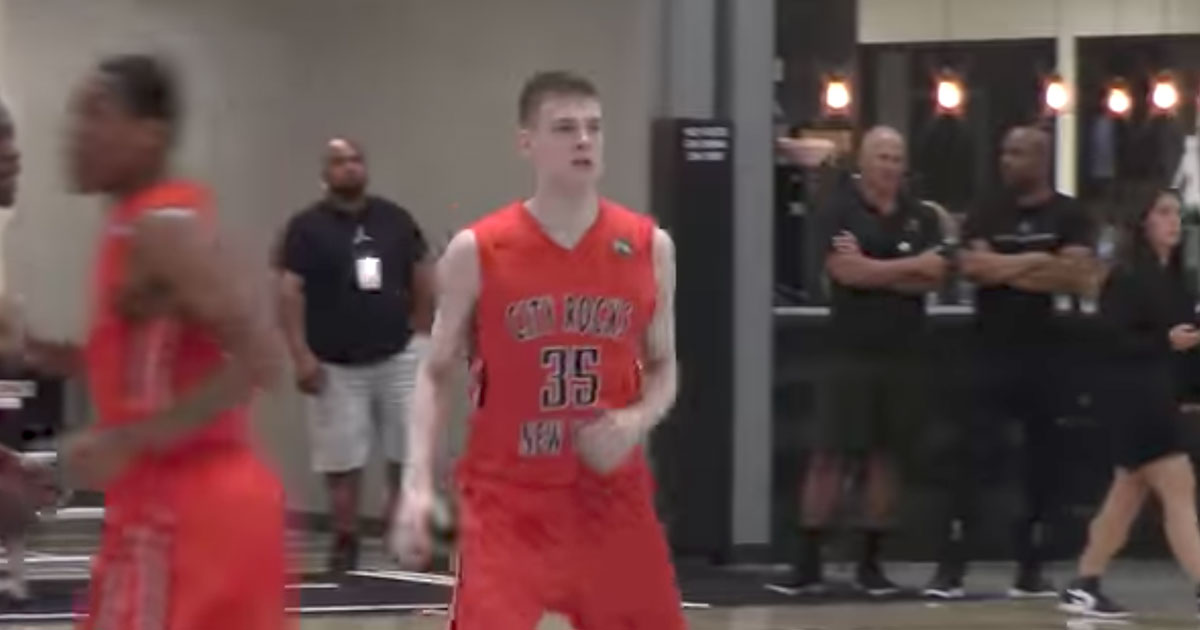 Longtime Syracuse head coach Jim Boeheim may soon find himself fighting off other schools for the services of his own son. Rising HS senior Buddy Boeheim competed in the Nike Peach Jam showcase this past weekend with the Albany City Rocks in North Augusta, South Carolina, where he was among the most impressive performers, averaging 13.5 points per game while shooting 53.2% from the floor and 58% from behind the arc (19-34).

The 6-5 shooting guard ended up picking up an offer from Gonzaga afterward as a result. He reportedly also holds offers from UMASS, Iona and Binghamton. Although many expect him to end up at Syracuse, despite dad not having formally offered a scholarship yet, things could get interesting if other programs start getting involved, especially programs that could potentially offer hims a spot in the starting line-up.

Excited to announce that I have received an offer from Gonzaga University! pic.twitter.com/gwuGDBPnqh

Buddy, who will play at national prep powerhouse Brewster Academy this fall, won’t be the only Boeheim playing D1 college basketball. His brother, Jimmy, will be a freshman at Cornell University this fall and a forward on the Ivy League’s basketball squad.