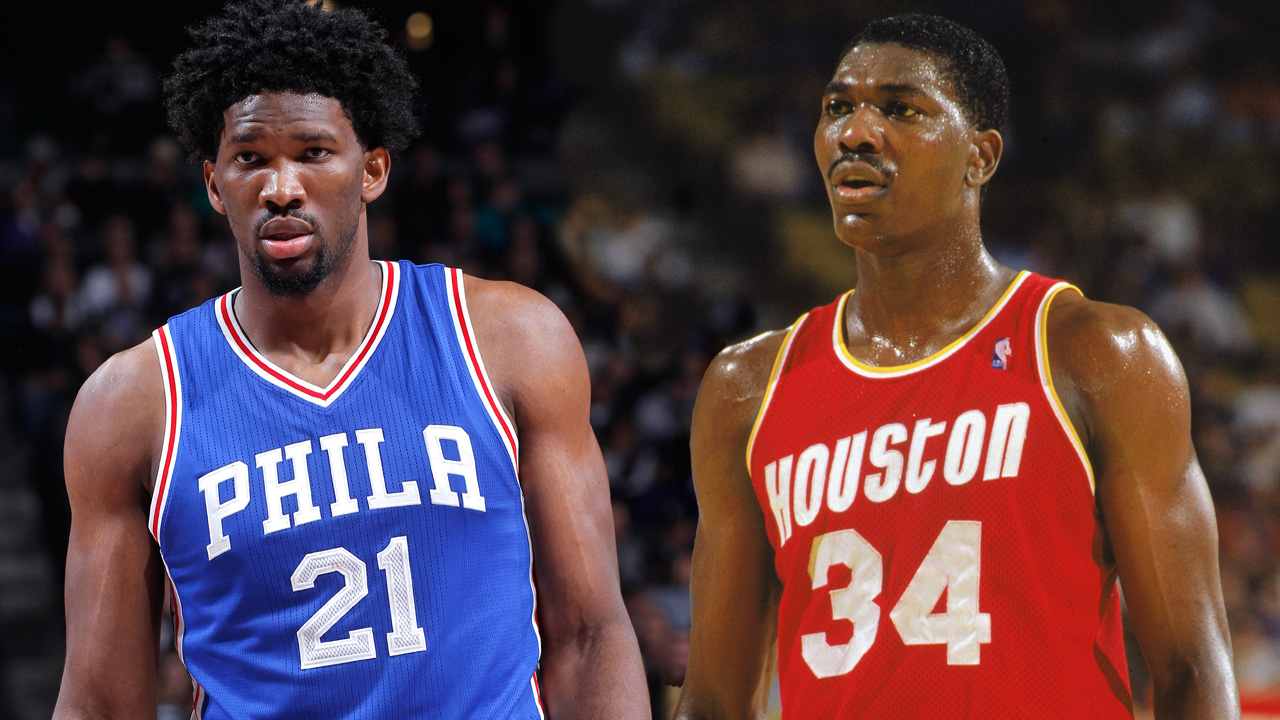 SLAM 207 cover subject Joel Embiid won’t play another game this season in the NBA, due to a knee injury. But in what we did see during his rookie season—averages of 20.2 points, 7.8 rebounds per game in 31 appearances—he showed flashes of dominance.

Embiid has called Hall of Fame center Hakeem Olajuwon “one of my idols,” so we found it only right to compare their games in a mixtape.

OK, so we’re not the first to make the Embiid-Olajuwon comparison. Billy Donovan sees it. Kevin Garnett sees it. Even Hakeem told Inside Stuff that he “can see” himself in some of what Embiid does. Both started playing the game as teenagers, much later than most prospects. Both are from Africa—Embiid from Cameroon and Olajuwon from Nigeria. And most importantly, both have incredible talent.

Embiid has a long way to go to catch Hakeem’s resume of two titles, two Finals MVPs, a League MVP and two DPOYs. But if you watch the mixtape above, you’ll see why his game is reminiscent of The Dream’s. Right?