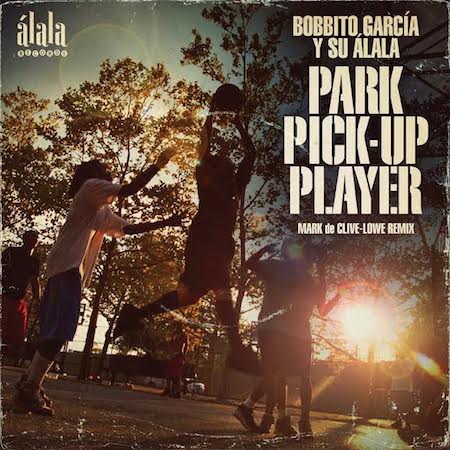 It seems like every other week our man Kool Bob Love launches another innovative project that captures the culture of streetball in a variety of artistic forms. From the award-winning and globetrotting documentary film Doin’ it in the Park to conceptualizing and executing a new full-court tournament-like format of the traditional “21” playground game, Bobbito is living proof that blacktop hoops and its rich culture is far from dead.

Up next, you ask?

Well, how about him going behind the mic and releasing a fresh new streetball-inspired tune called “Park Pick-Up Player”? Visit www.koolboblove.com/music to listen to the track and check out the release below for more information on it.

“Park Pick-Up Player” has received airplay on eastvillageradio.com and massive club support from DJs Rich Medina (NYC), Sake 1 (San Francisco), and Suce Smash (NYC-Puerto Rico). Enjoy the track on the dance floor, in your headphones, or on the sideline of a basketball court near you!