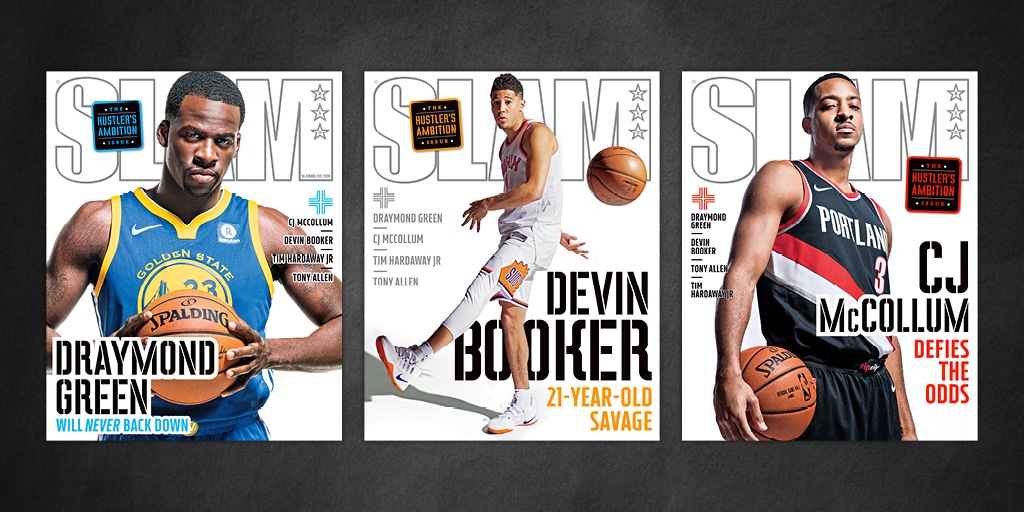 New issue alert! When putting this thing together, we realized everyone involved—the players featured throughout—had one thing in common: they’re all working their asses to find a way to make it in whatever league they’re playing in, be it the NBA, the WNBA, the NCAA or wherever else. So we dubbed it the Hustler’s Ambition Issue and found three amazing cover stars that fit the theme—the Warriors’ Draymond Green, the Suns’ Devin Booker and the Trail Blazers’ CJ McCollum—then packed the issue with fun content about players who seem to crave success more than… well, anything.

SLAM 213 hits some newsstands this weekend and should be all over the country by late next week. 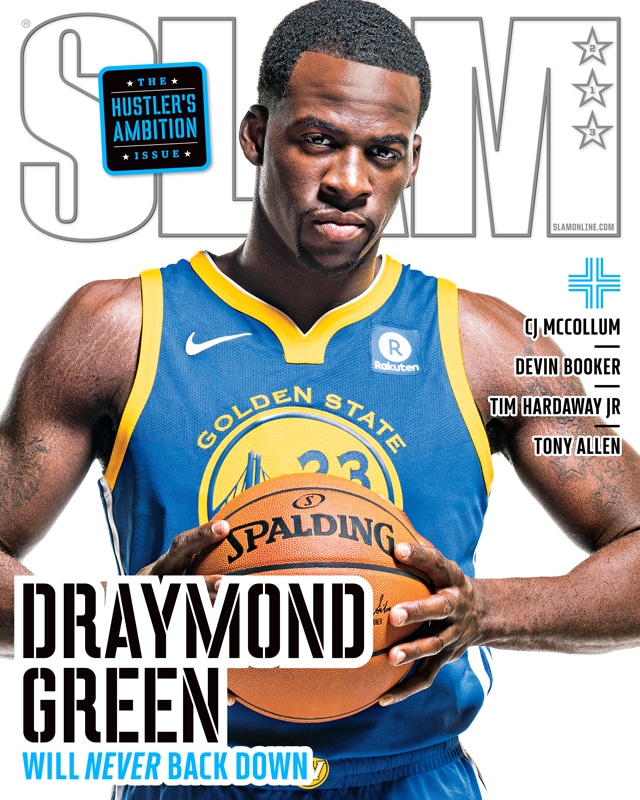 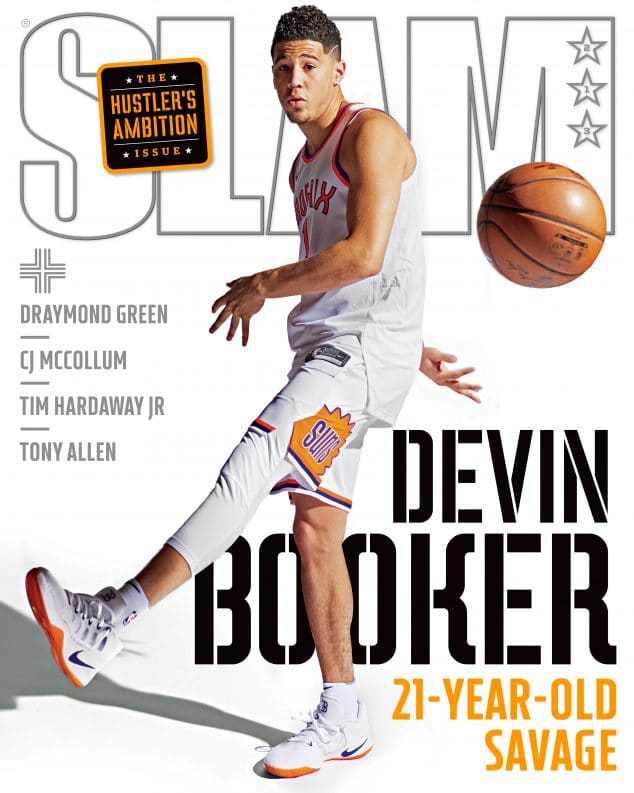 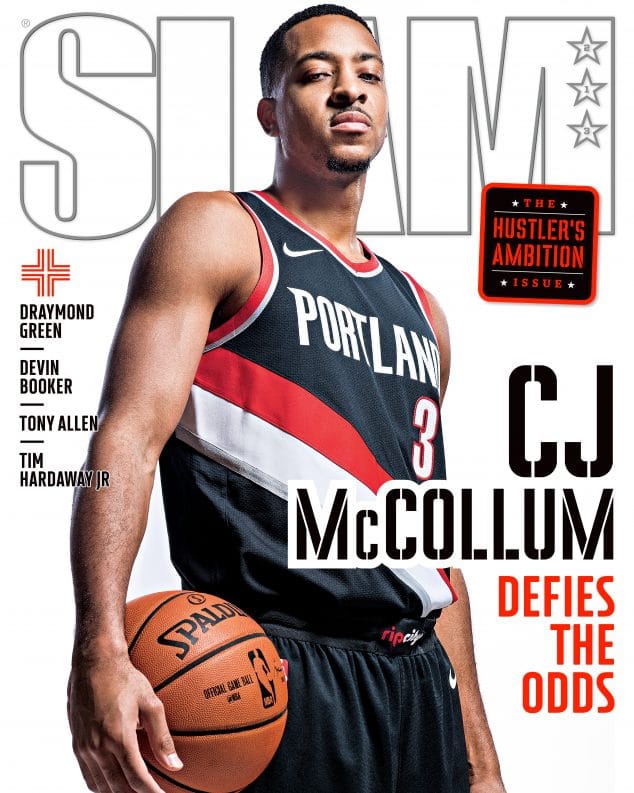