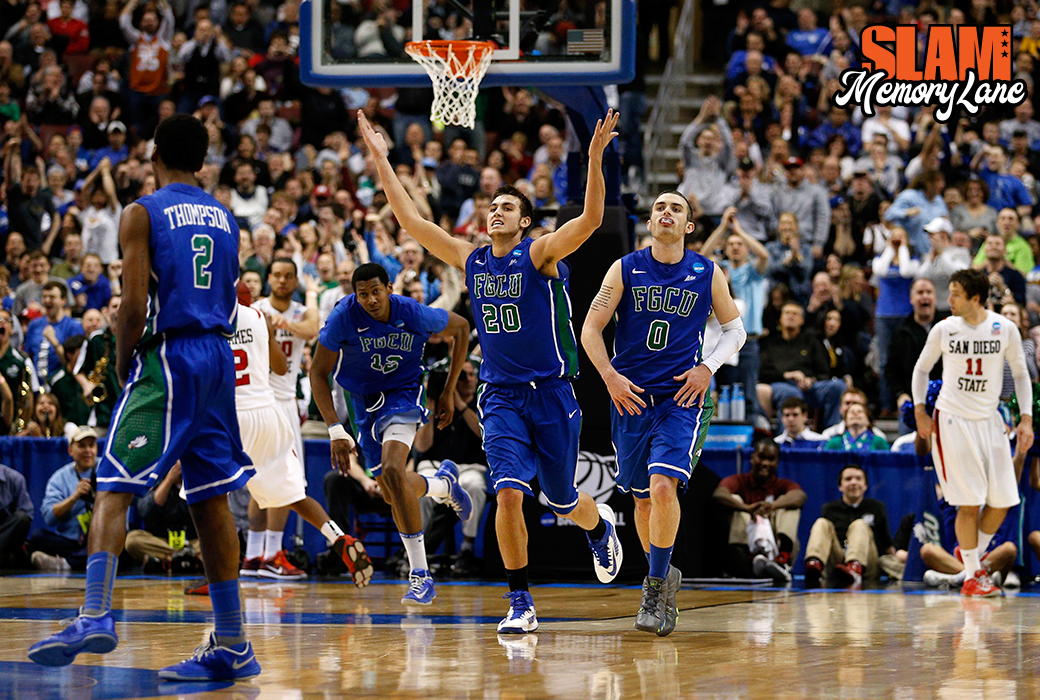 When you think about college basketball and the moniker “Dunk City,” what team comes to mind? Maybe it’s Zion Williamson’s Duke Blue Devils or Blake Griffin’s Oklahoma Sooners. Maybe the nickname takes you back even further, to the mid 1990s, when Vince Carter was soaring through the air for the North Carolina Tar Heels.

The truth is, though, the “Dunk City” crown belongs to a small city in Florida and a cinderella team unlike any other: The 2013 Florida Gulf Coast Eagles.

The 15-seeded Eagles first stunned the nation with an improbable 78-68 victory over No. 2 Georgetown. FGCU followed it up with another masterpiece, defeating No. 7 seed San Diego State, 81-71, to become the first and only No. 15 to advance to the Sweet 16.

In addition to stamping their place in the history books, the Eagles’ unique backstory and exhilarating style of play helped turn them into one of the most memorable March Madness bracket-busters ever. Astonishingly, FGCU had only existed for 16 years at the time of their magical run. The school had only been participating in Division I men’s basketball for six seasons, and the 2012-13 season marked only their second year with full postseason eligibility. The Eagles won five straight games prior to the NCAA tournament, including knocking off top-seeded Mercer in the Atlantic Sun Conference Championship to punch their first-ever ticket to the Big Dance. And their best player, Sherwood Brown, went from walk-on at a mid-major to Atlantic Sun Player of the Year to eventual March Madness legend.

What made the 2013 Eagles truly unforgettable was not so much what they did, but how they did it. The typical recipe for success for major underdogs is to play sound ball, slow the tempo and hope to get hot from three. But FGCU was anything but typical. The Andy Enfield-led squad played above the rim and at an electrifying pace, a combination that resulted in a barrage of one-handed fast-break slams and flashy alley-oops that birthed the name “Dunk City.” They treated the big stage like a New York City playground, putting their high-flying athleticism on display every possession. They played with a captivating, pressure-free energy that excited the crowds and sparked second half runs of 21-2 against Georgetown and 17-0 against San Diego State. It was this entertaining style that caused the basketball world to fall in love with a team they didn’t even know existed before the tournament.

Florida Gulf Coast has made the NCAA tournament twice since, but has failed to make it past the first round. No players from the 2012-13 Eagles ever made an NBA roster. The team’s mastermind (Enfield) has moved on to bigger things, now coaching at USC.

But I can assure you that no basketball fan will soon forget the explosion of ridiculous lobs and highlight finishes that created the legendary “Dunk City.”