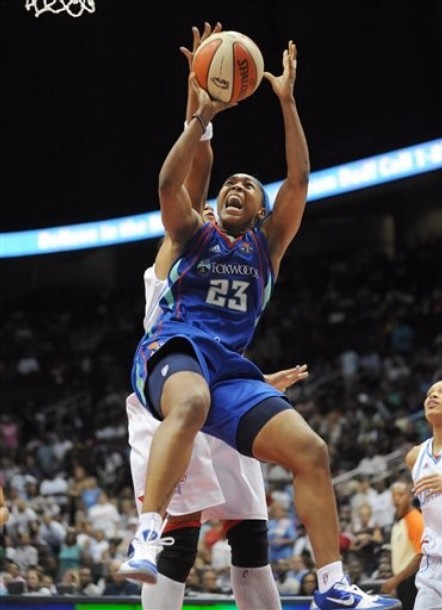 The New York Liberty is the most important franchise in the WNBA.

Californians like me hate to concede anything to the Right Coast, especially to New Yorkers who appear to believe their little island is the center of the universe, but the truth simply can’t be ignored: Without a successful franchise in New York, the WNBA’s ongoing battle for survival will be much more difficult.

Sadly, the Liberty are owned by James Dolan, who has now become the worst owner in the NBA with Chris Cohan’s departure from Golden State, and is in contention for the same title in the WNBA. His inexplicable devotion to clearly inadequate general manager Carol Blazejowski resulted in the gutting of a Liberty team that was once one of the best in the league. Her regime can be summed up with one signature trade: A first-round draft choice that turned into Rookie of the Year and National Team member Tina Charles for Sidney Spencer (2.6 ppg in 8.4 mpg last summer).

Dolan finally fired Blazejowski, but with typical randomness, did so after Blazejowski rebuilt the team around a gift-wrapped Cappie Pondexter and finally had created hope for the future. New York was 22-12, and even though the Liberty got thumped by upstart Atlanta in the Eastern Conference championships, it was still a great season.

Nonetheless, the firing was greeted with joy by many New York fans, though it was coupled with uncertainty about who might replace her and departed coach Anne Donovan (who took the job at Seton Hall). The hiring of 65-year-old John Whisenant, who won a WNBA title in Sacramento in 2005, to do both jobs is probably a good one, but it comes with some caveats.

First, Whisenant is a defensive coach, and his aggressive, unorthodox system leads to low-scoring, grind-it-out games that can be painful to watch. That system does lead to wins, with the right personnel, but it’s as yet unclear whether Liberty fans will embrace a style that is more likely to generate a 62-59 victory than an 87-83 one.

More important, though, is the fact that Whisenant will have to win over fans who will no longer be going to Madison Square Garden to watch games. Instead, the Liberty will be relocated to Newark while MSG is renovated, and that relocation will last for at least three summers.

This is bad news for the Liberty, as it’s hard to know how many fans will follow the team to New Jersey, and if there are a significant number of new season ticket holders who will emerge in the Garden State. The guess is that a) a lot of present fans will defect, and b) there won’t be a long line at the ticket windows to replace them.

Maybe Cappie Pondexter, a Rutgers’ alum and one of the most electrifying players in the women’s game, will manage to attract some fans, but then again, it’s hard to be a spectacular offensive player in a system that emphasizes defense, defense, defense and then some rebounding.

So the worst-case scenario is that the Liberty plays a dull, if marginally effective, style, in their new home in front of small crowds that lack the passion of the ones at Madison Square Garden. The team loses money, Dolan loses patience and conceivably New York no longer has a WNBA team.

Of course, the best-case scenario is that Whisenant wins a bunch of games, Pondexter scores a bunch of points, old fans make the trek to New Jersey, new fans flock to the games, and the Liberty emerge from their three-year exile stronger than when they left.

Neither extreme is all that likely, but the league – and women’s basketball – desperately need the outcome to be closer to the best case than the worst case. An irrelevant Liberty franchise will lower the profile of the league to national sponsors, and will make it that much harder for the WNBA to build on its 14 hardscrabble years of survival.

So everyone, even Californians, needs to root for Whisenant and the Liberty, and hope that Pondexter and company win lots of games. Even after 14 years, there’s no rock-solid guarantee that the league will survive to celebrate its 16th birthday, but there’s no question things will look a lot rosier if the New York Liberty are a success on the court and at the ticket window.

For more by Clay Kallam, and more on women’s basketball, go to Full Court Press. 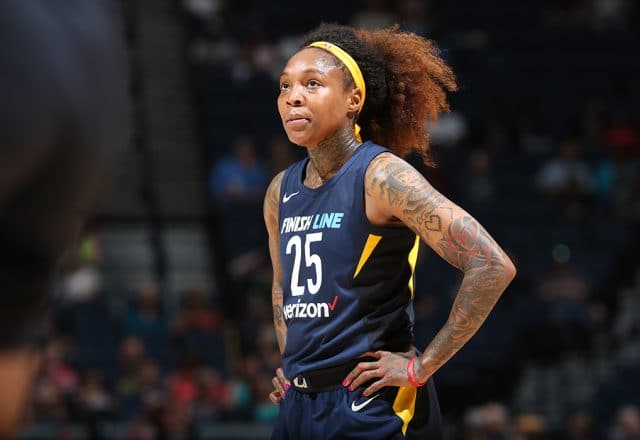