Al Jefferson Out at Least a Month With Groin Injury 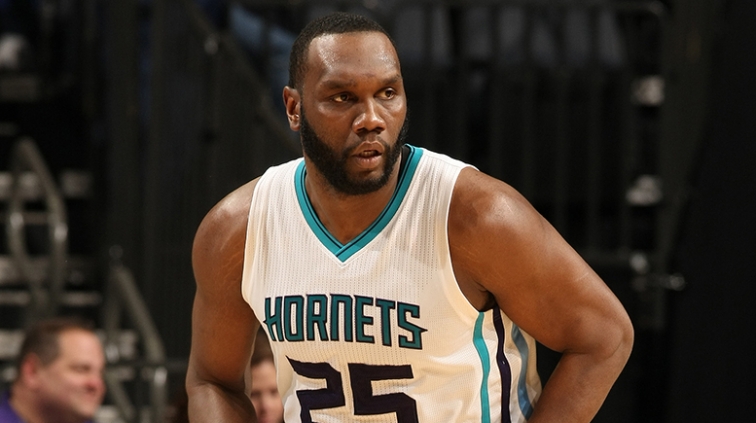 The Charlotte Hornets announced Tuesday night that center Al Jefferson will be sidelined for a minimum of four weeks, as he recovers from a strained adductor muscle in his left groin.

Through 32 games so far this season, Jefferson has posted averages of 18 points and 8.2 rebounds.

Charlotte Hornets center Al Jefferson has been diagnosed with a strain of an adductor muscle in his left groin. Jefferson, who underwent a magnetic resonance imaging (MRI) earlier (Tuesday), is expected to miss a minimum of four weeks.

In 32 games this season, Jefferson leads the team in scoring and rebounding with averages of 18.0 points (25th in the NBA) and 8.2 rebounds (T-17th in the NBA) in 32.2 minutes per game. The 6-10 center has scored in double figures in 28 of 32 games this season and has a team-leading 10 double-doubles along with a team-best 14 games of 20-plus points scored. He scored a season-high 34 points on Nov. 7 in the Hornets win vs. Atlanta.