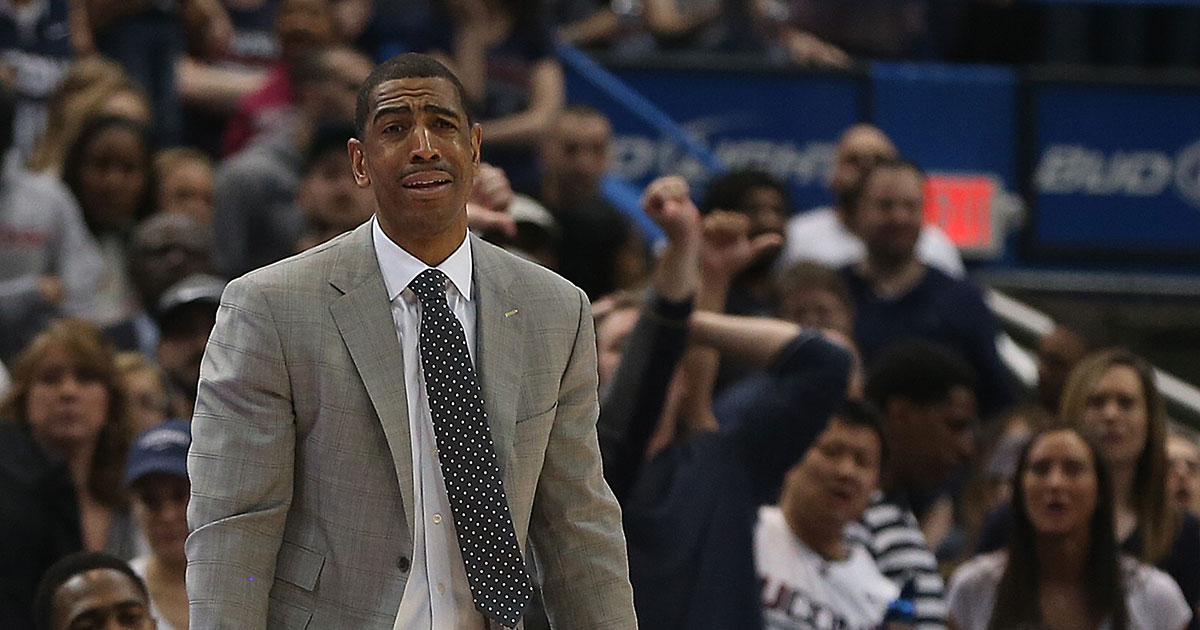 The UConn Huskies have been one of the most successful programs in both men’s and women’s hoops over the last couple of decades. Since 1999, the men’s team has claimed four National Championships, including the most recent one in 2014, while making five Final Four appearances during that same time window. So the fact that this year’s squad has already lost its first two games, both to mid-major programs, has a lot of people in Storrs worried, including head coach Kevin Ollie.

More from the New Haven Register:

Amidst all the missed shots and missed rebounds on Monday night was another mistake made by UConn, this by the video production staff.

In a weather forecast update up on the videoboard during a break in the action, a local weatherman implored the 7,573 fans at Gampel Pavilion not to forget to turn their clocks back.

Obviously, it was the wrong forecast, one from a couple of weeks ago. It was just one of a comedy of errors that has marred the Huskies’ young season already, one in which they’ve turned the clock back to 1968.

That was the last time UConn had started a season with an 0-2 record. Until now.

Led by some hot shooting by T.J. Williams, a big edge in rebounding and a seemingly impenetrable 2-3 zone, Northeastern handed UConn a 64-61 loss on Monday. Coupled with a 67-58 loss to Wagner in its season-openeer on Friday night,

UConn has now lost back-to-back games to teams from the Northeast Conference and Colonial Athletic Association to start its season.

“It’s a dark time, I know that, I understand that,” UConn coach Kevin Ollie said. “I understand the expectations of everybody here, in this room and at UConn.