Nick Young and LeBron James lead the way by taking the court in mismatched pairs. 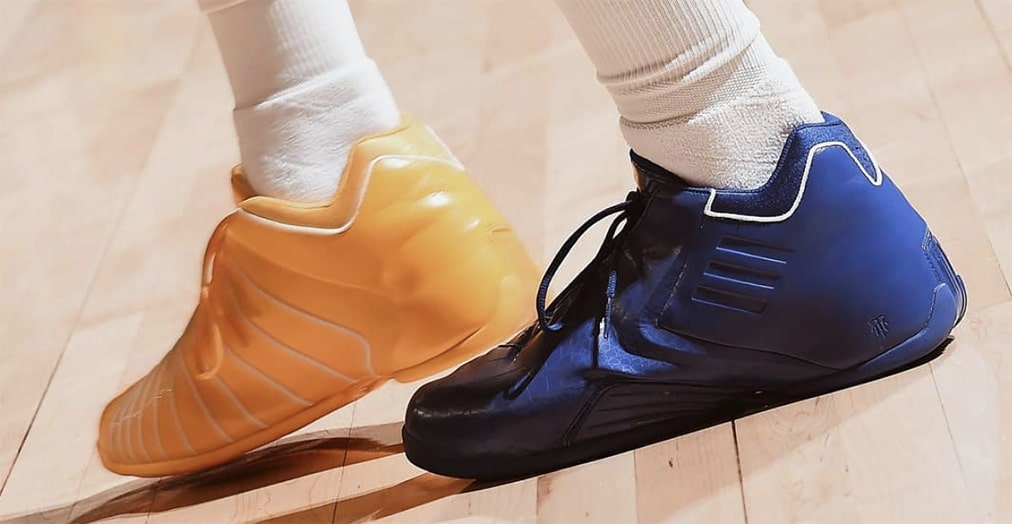 The NBA’s going through a change in the way that players approach sneakers. Colorways are louder, style is more important. Special edition customs are sweeping the League and more players are wearing mismatched pairs.

Nick Young, LeBron James, Kyrie Irving and Klay Thompson all took the court in mismatched sneakers this month. Nick Young paid homage to Tracy McGrady by rocking two different colorways of the adidas T-Mac 3 on Christmas Day. LeBron made a statement in Washington DC with one black sneaker and one white sneaker, each stamped with EQUALITY on the back heel.

The Nike Kyrie 4 debuted in the “Confetti” colorway, a mismatched callback to the confetti that fell when the Warriors defeated the Cavs in last year’s Finals. Klay Thompson was the man guarding Irving throughout that series and his Christmas Day KT3s featured one red and one green model at the same time.

After wearing a “Jason” themed Hyperdunk on Halloween, Karl-Anthony Towns has been showing off a steady stable of custom colorways. He wore more individual heat in December when he called out Kanye and the Grinch. He’s been working with Kickstradomis, an LA-based customizer who can also count Mario Hezonja, Hassan Whiteside and James Harden as players to hoop in his designs.

Harden wore his exclusive “Legacy” Vol. 1 in Boston earlier this week. He also has a “Free Meek” colorway that Kickstradomis whipped up for him. But his customs weren’t the only time Harden broke necks this month. Adidas quietly previewed the Harden Vol. 2 and the Beard also laced up the Harden BTE for the first time since it was seen months ago.

He was one of a handful of adidas athletes that went hard this month. Taurean Prince wore the T-Mac 5 “All-Star,” following up last month’s appearance of the T-Mac 5 “Bred.” Besides paying homage to T-Mac, Nick Young played in the Crazy 8 and he introduced the adidas Crazy BYW, along with Brandon Ingram.

But the biggest news from this month is that John Wall appears to be headed back to the Three Stripes. He played in the “Florist” Wall 1 a few days ago, a sneaker that was released more than three years ago.

Scroll through the gallery above to see all of it. PJ Tucker, Lance Stephenson, Montrezl Harrell and Jordan Clarkson continued to flex with rare pairs and Draymond Green took another shot at LeBron through his Christmas Day kicks. Gotta love the League, man.